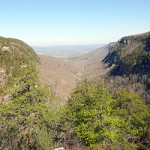 Erosional characteristics of the alternating strips of hard and soft sedimentary rocks created the ridges and valleys we see today, also creating fertile sediment spread across the region. 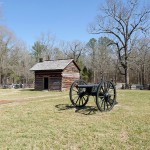 Human Transformation of the Ridge and Valley Region 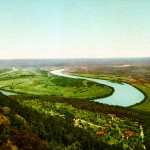 Native Peoples of the Ridge and Valley Region

The region has hosted many communities for thousands of years. One community is known for their characteristic mound sites and communal ceremonies. Another,  Chickamauga Cherokee inspired history scholars through their toponym. 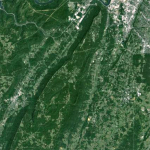 Lookout Mountain and Cloudland Canyon have a rich geological history of volcanic influences still visible in the rock record today. 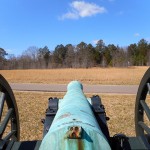 From battlefields and to the current military park, human modification profoundly impacts this region, making it an ideal location to study man-made landscapes. 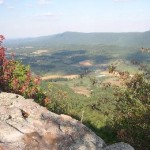 An anticline uniquely lying between Pigeon and Lookout Mountain, McLemore Cove was used as a plot by General Bragg to trap the Union troops. The plot fell through and two armies faced each other in the battle of Chickamauga. 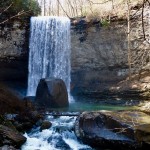 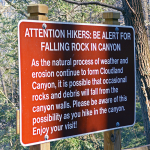 Cloudland Canyon was just one of many national parks to be set aside during the conservationist movements in order to save this space for future generations to enjoy. 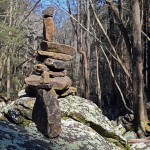 The park’s landscape has altered slightly overtime due to human modifications, leading to current and potential environmental concerns, such wildlife management, invasive species, and climate change. 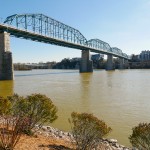 Urban Sprawl of the Chattanooga

Among the worst sprawling medium cities. Chattanooga faces the challenge to contain urban sprawl and build a more compact and connected city.  The sustainable-minded city is implementing many innovative methods to tackle it. 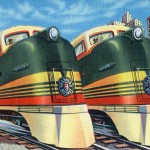 A city built on the industry the railway system fed, it has experienced times of great importance and others of stagnation all at the whim of America’s use of trains. 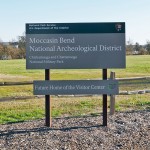 With continued human habitation for 12,000 years, Moccasin Bend has seen many eras of human history take place along it’s landscape, modified by humans constantly changing uses for it. Moccasin Bend faces many new threats from the urbanization of Chattanooga, including the construction of a sewage treatment plant. Rock City as an Imaginary Landscape

Envisioned as a residential area at the arbitrary will of Garnet Carter, Rock City illustrates the clues that point to the creation of an imaginary landscape. The Geologic History of the Northeast Georgia Mountains

The Appalachian Mountains were built on the margin of Laurentian over four successive orogenies: the Grenville (Proterozoic — late Precambrian), the Taconic (Ordovician), the Acadian (late Silurian — early Devonian), and the Alleghenian (late Paleozoic). 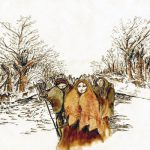 Dynamited for Gold: The Decline of Northeast Georgia Settlement Patterns and the Demise of the Cherokee Indians

Certain towns such as Dahlonega in Northeast Georgia boom today due to the successful rebranding of former mining towns as top tourism destinations in the Southeast, while others fade into history. How specifically did America’s first major gold rush disrupt the Cherokee and Creek nations and transform future settlement patterns? This paper will seek to give dignity to the heritage of the first Native American settlements in Northeast Georgia, and will analyze how gold, tourism, and other commercial activities have given rise to the Northeast Georgia we know today. Human Modification of the Landscape of Helen

In terms of humanity and its relation to the natural, encompassing environment, there is a symbiotic relationship that has slowly yet surely turned into a one-sided and very non-negotiable ordeal – in regards to Helen, GA, this may not be the case.

Anna Ruby Falls is located near Helen, GA in the Northeastern part of the state. It is the joining of the Yorks Creek and Curtis Creek. Most man-made lakes are used as a water source and as a source of hydroelectricity. However, a lot of these reservoirs contain life and sustain a variety of species that are important for the areas in which these lakes are located on. Lakes such as Lake Burton and Lake Lanier, both located in northern Georgia, have had impacts onto human populations as well as its surrounding environment. Before Helen: Logging in Northeast Georgia

With reforestation in the American South becoming more important, north Georgia’s history of logging comes to the forefront. How did logging start here? What was Helen like before it became that charming Bavarian town? It’s time for some answers. The cultural landscape of Northeast Georgia has a rich history with deep ties to its’ physical environment. This piece presents a brief overview of gold mining in an attempt to gain insight on how the gold rush affected human cultural attitudes towards natural resources in Northern Georgia. In addition, this piece covers basic cultural information from key places in this region as they relate to their surrounding environment.

The Alcovy River is a 69 mile long tributary of the Ocmulgee River originates near Lawrenceville, Georgia, and flows south, eventually emptying into Lake Jackson. The Alcovy River Swamp is located where Cornish Creek and the Alcovy River meet.

Grand Bay Wetland is located in the Coastal Plain physiographic province near the border with Florida and is the second-largest swamp in the state.

The Savannah Canal, also known as the Savannah-Ogeechee Barge Canal, is located in Savannah, GA. This canal was man-made in the 1820s by African and Irish laborers bringing crops and goods from the inland to the industrial corridor, former rice fields, timber tracts of the 19th century south.

The Brunswick-Altamaha Canal is a twelve-mile-long canal in southeast Georgia that was built in order to connect Brunswick, Georgia to the Altamaha River.