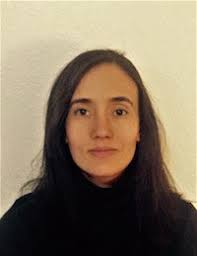 In my SJD dissertation, I used a vulnerability approach to think of alternative solutions to current legal problems in Brazil. In a nutshell, a vulnerability approach is one based on vulnerability theory, a critical legal theory that starts from the ontological body, that is, the physical experience of embodiment we all share, and from the dependencies this embodiment creates on others and on the institutions human societies create collectively to have resilience, that is, to produce and to have access to the different resources we need to survive and to thrive and to bounce back if we fall. After articulating this description of the human condition, the theory goes on to interrogate social institutions with a normative bent: are social institutions providing resilience; are they responding to our shared vulnerability in fair ways or are they privileging some to the detriment of many?

Finding this critical legal theory was a welcome answer to the pitfalls I was identifying on feminist legal theories and an articulation of the best insights I was seeing on feminist social movements in Brazil. It preserves antidiscrimination mandates from liberal feminism, but makes it very clear that identity politics is not enough; it preserves dependency and care from cultural feminism, but extends it to the entire polity and not reducing it to nudging man into doing more chores; it preserves intersectional and post- modern feminist critiques of the atomistic and monolithic liberal subject, but instead of losing foothold for concerted efforts among diversity and discourses, it creates a new universal legal subjecthood firmly based on material and social-historical realities. In doing so, vulnerability theory makes critical legal theory work for the 99%, that is, for the majority of the population.

As such, a vulnerability approach has helped me to contrapose neoliberalism, which is taking hold in Brazil pointedly since 2016 when a constitutional amendment that exacerbated austerity measures and put a cap on state expenditure on social matters was approved. But perhaps the most illustrative examples of this are the internationally reported misconducts of the Brazilian President, Jair Bolsonaro, and his government’s administration of the pandemic against social distancing measures during the pandemic “for the economy” and “for the sake of individual freedoms”.

I have used vulnerability theory as a lens to look at Latin American constitutionalism in general and Brazilian constitutionalism in particular. With this lens on, I was able to see the political and legal institutions they were putting in place as efforts by certain social movements and political parties to build responsive states against economic and political forces that did not share this same project. Doing so has also helped me to defend an understanding of social rights, which have a long tradition in the region, according to which these rights are not simply a list of entitlements but social consensus detailing and demanding the public responsibilities of states.

Going into more detail, a vulnerability approach to the judicial review of social rights in Brazil has helped me to understand how the Judiciary, which has considerable power after the Brazilian federal constitution of 1988 failed to serve as a counterbalance to the federal government during the COVID-19 crisis. At least one of the reasons why the Judiciary failed is because judicial review relies on the liberal subject even when social rights and the principle of a Social State, both enshrined in the constitution as a of the efforts towards a more responsive state as mentioned before, are at stake.

But to work towards more responsive states in Latin America should not be equated to bringing in more authoritarian states. Exploring this matter in a practical way, I have approached the topic of the state regulation. This specific topic came to my attention because some proposed legislation in Brazil by evangelical politicians seems to be mobilizing the state apparatus to defend their own idea of morality for the sake of childhood. A vulnerability approach to this problem presents another alternative: instead of controlling people, this approach provides those who need with resilience. In this case, sex workers, children, teenagers, and families – which must be given access to, respectively, worker rights, media and sexual education, and parental controls with the internet data plans they purchase.

Finally, I defend that a vulnerability approach can be used in law schools as a critical tool against what Paulo Freire termed a banking model of education, an education that is unaware of the social reality around the student. A vulnerability approach lets students be aware of and question the foundations of current legal systems and start imagining ways to be otherwise. This concluding chapter became an article that was recently published.

My time as an Emory Law’s Vulnerability and the Human Condition SJD student has been a time of learning. I will not deny it: it is a steep learning curve to apprehend the universality of the human condition of vulnerability and the centrality of institutions to understand and to solve social problems. We must come to terms, not only theoretically but experientially, that no one is invulnerable. No, not even Jeff Bezos, as I was recently asked. Just take away the money that has flowed to him because of the institutional arrangements in place. And the individual is not the only important thing in this equation either. How many times does law treat you as an individual and how many times does it deal with social categories you happen to fit at certain moments of your life – underage minor; parent; employee; immigrant?

Perhaps some, like me, can fill the pain that comes in such a difficult task, but it is definitely the pain of growing. Thankfully, the environment at Emory Law and at the VHC is a welcoming one and other students and researches associated to both, wherever they are from , will gladly share the struggle with you! I am happy I can count myself as one of them now: just send me an e-mail!