For this week’s blog post, I decided to rerun the same code as last week but on two different texts: (1) James B. Avirett’s The Old Plantation: How We Lived in Great House and Cabin Before the War and (2) Charles Ball’s Fifty Years in Chains, or, The Life of an American Slave. These books are part of the “First-Person Narratives of the American South” Collection at the University of North Carolina-Chapel Hill’s Documenting the American South website. Both of these books provide narratives showing different perspectives of plantation life.

James Battle Avirett was born on a plantation in Onslow County, North Carolina ca. 1837. He grew up in the antebellum South and became an ardent defender of its traditions. Charles Ball’s story, on the other hand, reflects his experience growing up on a tobacco plantation in Calvert County, Maryland. Ball’s book should be interesting to compare with Avirett’s as it was written with the help of a man named Isaac Fischer. In his preface, Fischer declares that he has edited the oral narrative Ball dictated to him to omit any beliefs or feelings Ball may have expressed about slavery. Fischer’s editing should be evident in the word frequency analysis.

To take the analysis a step further, I plotted charts for both texts to show the frequency at which the word “master” occurs throughout each chapter. 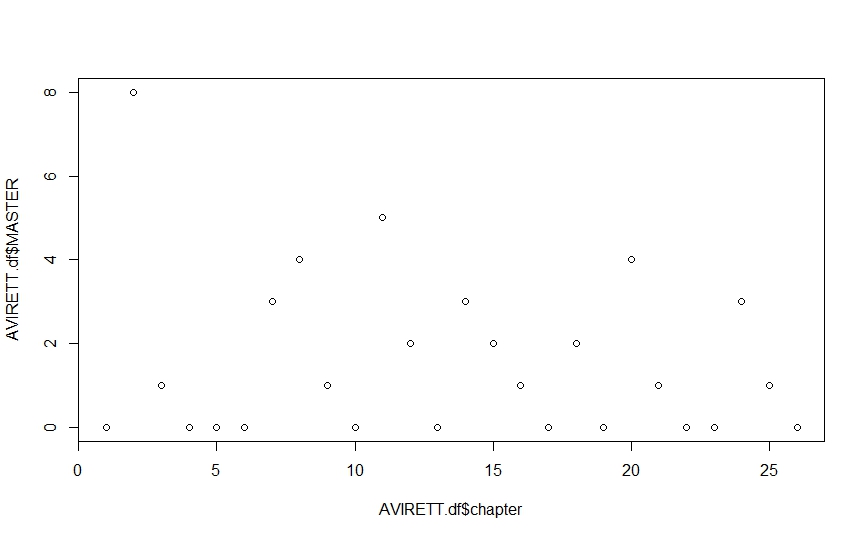 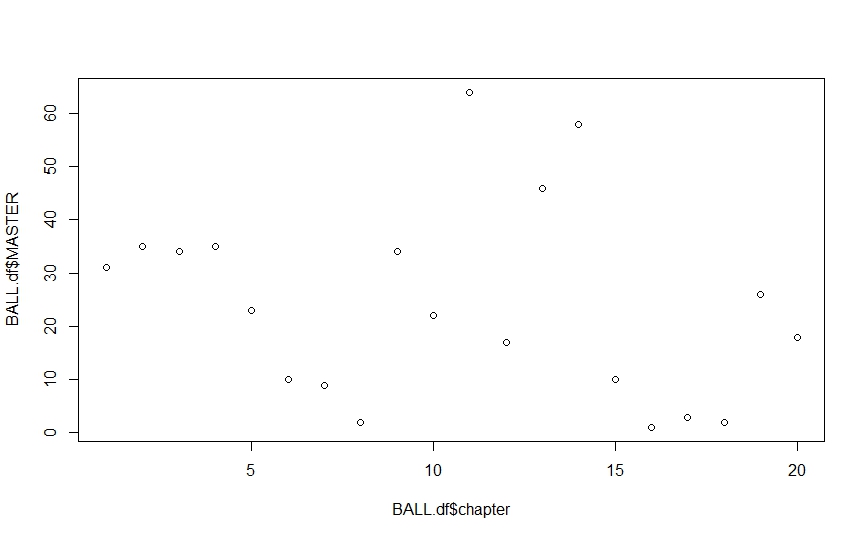 Additionally, I plotted charts for both texts to show the frequency at which the word “master” occurs throughout each chapter. 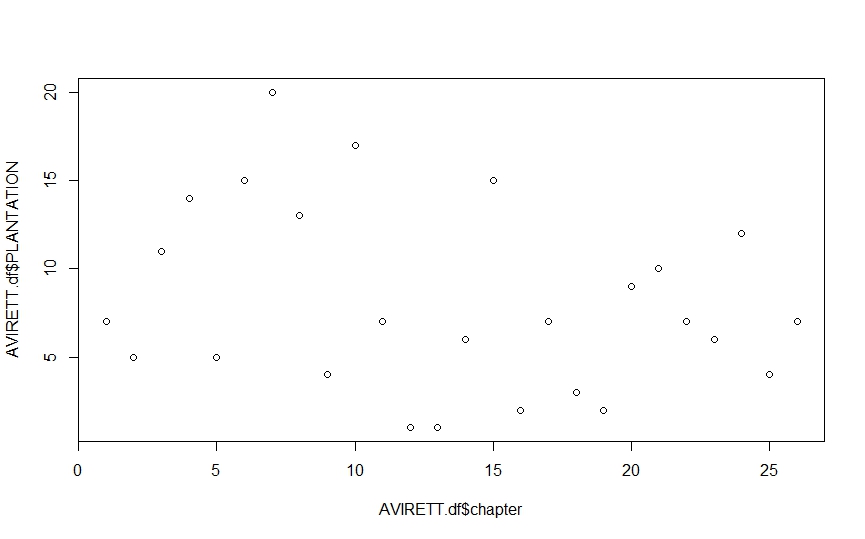 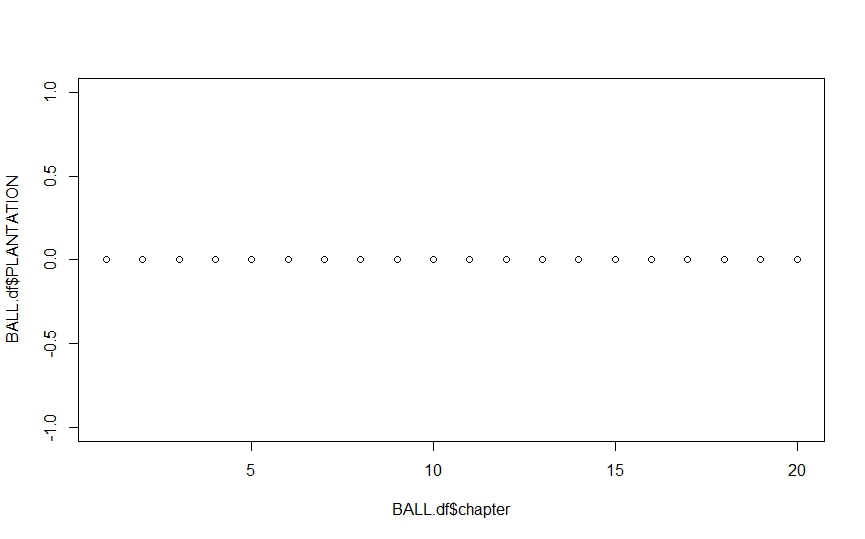