From earliest times to today, indigenous peoples of the Americas have valued shamanic visionary trance as one of their most important cultural and religious experiences. In Mesoamerica, Central America, and the Andes shamans still speak of their wondrous trance journeys to other cosmic realms, the truths they learn, and the information they bring back to cure their communities’ ills.

The exhibition ‘For I am the Black Jaguar’: Shamanic Visionary Experience in Ancient American Art, on view from September 8, 2012, through January 5, 2013, highlights works from the Carlos Museum collections that embody the shamanistic visionary experience. The show’s title is based on a quote from a contemporary traditional Taulipang shaman of northern Brazil, “Call upon me for I am the black jaguar…I drive away the illness…” The shaman’s statement conveys the most pervasive shamanic visionary experience of actually becoming a powerful animal, the black jaguar in particular. 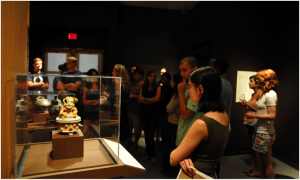 The exhibition includes extraordinary works of art showcasing the most important elements of trance consciousness, especially the visionary himself or herself, transforming into an animal such as a powerful black jaguar, an enormous whale shark, or a venomous rattlesnake. Animal selves and spirit companions are considered to be guides to the shaman in caring for the community, the animals’ powers augmenting the shaman’s innate healing abilities.

Works of art illustrate how visions are achieved in traditional settings – from meditation, to drumming and dancing, to ingesting sacred plants such as caapi vines and anadenanthera. Modern shamans refer to these as Plant Teachers, and they are understood to be wise spiritual guides through the cosmic realms beyond the terrestrial.

This website and exhibition are presented in conjunction with the book by Dr. Rebecca R. Stone, The Jaguar Within: Shamanic Trance in Ancient Central and South American Art, published by the University of Texas Press, 2011. It covers the general properties of visions and focuses on images of animal selves. 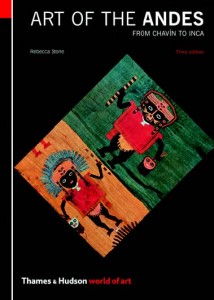 She has also published the third edition of Art of the Andes: from Chavín to Inca (Thames and Hudson 2012), which covers many shamanic aspects of Andean art in collections besides those at Emory.

Colleagues Bruce Carlsen and John Polisar have been particularly essential to the whale shark and jaguar pages. We would also like to thank our friends at Coral Morphologic who generously allowed us to use their movie on the Spondylus page.