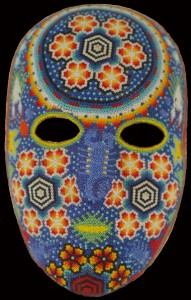 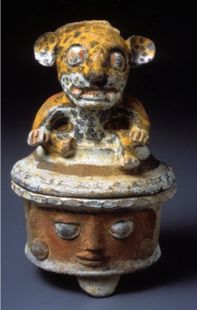 “Among the Wakuenai people shamanism embarrasses the categories of Western scientific and artistic culture because it is at once psychological, medical, musical, social, economic, and more.”

Shamanism is the term for a religious complex born in Siberia that, around 15,000 years ago, moved with the earliest peoples throughout the American continent. It is still a prevalent approach to the supernatural today, especially among the traditional peoples of Latin America. Shamanism is a system in which skilled and trained intermediaries, male and female shamans, use trance to explore the realm of the spirits, looking for answers to human problems, such as illness, infertility, lack of game, social strife, and so on. Their visionary experiences are interpreted as solutions, suggesting actions (such as looking for game in a new place) and curative agents (such as herbs to alleviate sickness). Most visions are similar in basic content and structure—seeing geometric patterns and snakes, talking to spirits, turning into animals and other beings, and receiving revelations about life, death, and the unity of all phenomena. 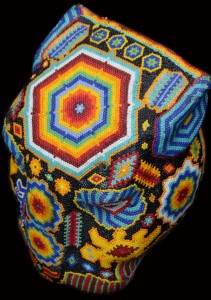 Many visions are brought on by ingesting sacred plants, such as peyote (represented by a hexagonal pattern on the top of the black jaguar mask seen here) but dancing, drumming, starvation, sleep deprivation, and pure meditation are reported to achieve the same results. Thus, shamanism is inherently involved with nature, from taking on the perspective of an animal self to utilizing healing plants to cure.  Art that reflects shamanic experience will therefore also be related to flora and fauna, sometimes in a literal way (an illustration of a sacred plant) and sometimes in a symbolic one (an image of a person who is in an animal state of being). Thus, in this website we emphasize how religion, nature, and art are deeply intertwined in the indigenous Americas, past and present.

“I wasn’t a fish anymore, but a big cat, a tiger. I walked, though, feeling the same freedom I had experienced as a bird and a fish, a freedom of movement, flexibility, grace. I moved as a tiger in the jungle, joyously, feeling the ground under my feet, feeling my power; my chest grew larger. I then approached an animal, any animal. I only saw its neck, and then experienced what a tiger feels when looking at its prey.”