Funnily enough, the food that represents my family the best is a type of Chinese food called Jajangmyeon (짜장면, 炸酱面). Jajangmyeon is a Korean Chinese noodle dish topped with a thick sauce made of black bean paste, diced pork, and vegetables. My earliest memory of Jajangmyeon dates back to 2000 when my mom and I moved into a new house in Seoul; owning a home of our own was her dream for years. With paintbrush and wallpapers still lying on the floor, I vividly remember slurping the noodles, savoring the sweet and spicy taste hinted with the smell of wet paint. In the 1980s, Jajangmyeon was often associated with celebratory occasions, such as graduation and birthday. Growing up in poverty, my mother could not afford the luxury of jajangmyeon; instead, she would tag along other families to have a bite or two. Ordering jajangmyeon on the day we bought a house was her flare of perseverance and patience. Handing me a plateful of noodles, she said: “We did it.” Since then, my family would often order black bean paste noodles whenever we wanted to celebrate.

Jajangmyun is by no means a fancy dish — originated from the Shandong Province of China, it was first introduced in Korea at a small restaurant in Incheon Chinatown to feed the factory workers. Huagyo (華僑, Chinese immigrants) used local ingredients to emulate the taste of their hometown. In a way, Jajangmyun symbolizes the Chinese immigrants’ triumph in Korea and the way in which they seamlessly adapted to tough circumstances. This seemingly simple and insignificant dish would again prove its significance to me when my family moved to Taipei in 2010. Near my house was one of my favorite beef noodle soup restaurants. It was only after a couple of years that my Chinese was proficient enough to ask the owner for recommendations. What came after her strong suggestion blew us away — it was the jajangmyun! The appearance was very similar — topped with cucumber and diced pork, the only difference was the use of diced tofu and the color. My mom, at the time having difficulty in everyday life due to a language barrier, made the Korean jajangmyun at home and gave it to the restaurant owner the next day. Later, they would become good friends, and I visit the store every time I go to Taiwan. Jajangmyun, just like its genesis, presented itself as the gateway for us to mingle with the foreign setting.

Atlanta boasts one of the most diverse food scenes in the United States. Buford Highway, in particular, is known for its vibrant mishmash of culture. While the neighborhood is home to many authentic Korean, Chinese and Vietnamese restaurants, its farmers’ market has products from all over the world. The products are organized by their country of origin, from Central and South America to Southeast Asia, Eastern Europe, and the Caribbean. When my friends from Ukraine, India, and Russia decided to cook together, we all went to the Buford Farmers’ Market and bought gochujang, сало and Ukrainian rye bread, and panipuri. “You are what you eat” — food, for me, was a starting point for me to curb my judgments. It is a reminder to myself to keep an open mind. Atlanta’s diverse food scene allowed me to explore culturally and the valuable friendships molded over cooking food are priceless. The food in Atlanta is an incredible asset to the various demographic Atlanta possesses and also educates and expands the palates of those who have yet to experience many global cuisines. The global dishes that I ate in Atlanta nurtured cultural understandings within me and made who I am today. I am very excited to explore the intersection of food and culture in this class. 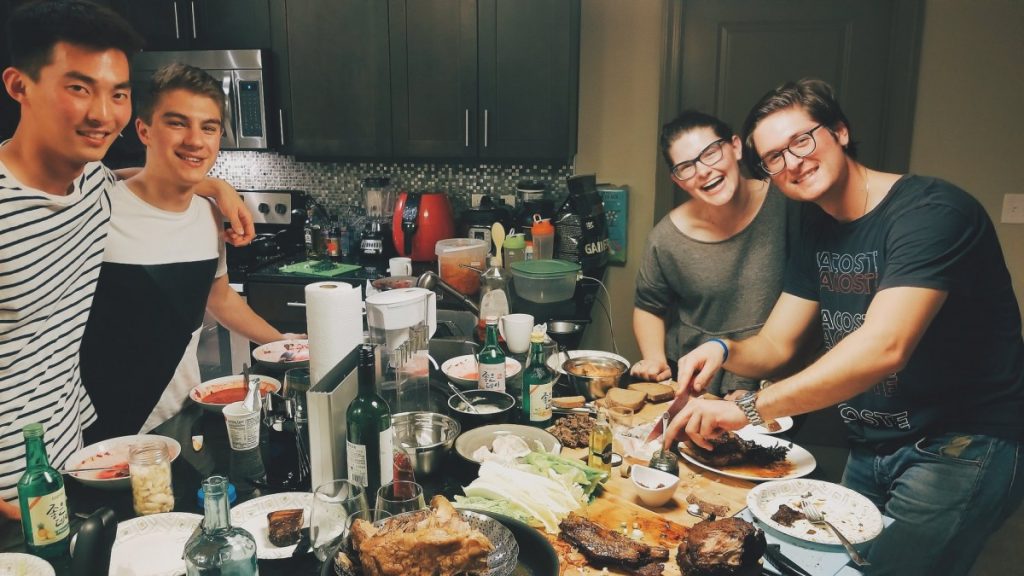 One Reply to “Blog 1: Ode to Jajangmyeon”