We are in the break of dawn

The bird’s songs have filled the air,

I wake up groggy

The mornings are bright.

I can only think of one word: pho!

Fragrant as fresh banana leaves from the forest,

White as the meat of a coconut,

And your eyes will shoot open at the mere sight of them.

After a day crammed packed with a schedule beginning at 8am until midnight, my friend Thao and I were starving. We decided to order Chinese takeout (left photo), I mean what better food to eat at 3am than greasy noodles? Throughout my first year, food and specifically instant ramen, pho, and noodles have shaped my time at Emory.

The noodles I eat today can be accredited to the early Han Dynasty in China (206 BC – 220 AD) where noodles are believed to be originated. Since then, noodles have evolved into a worldwide phenomenon woven into the culture of countless countries and regions. Noodles play a key factor in today’s global food market, especially in Italy and China.

It is believed that Marco Polo brought noodles from China to Italy in the 13th century. Today, pasta in Italy is a staple in their diet, with the average Italian consuming roughly 60 pounds every year. Pasta comes in all shapes and sizes ranging from long thing strings like in spaghetti to the small dough pieces in gnocchi and long corkscrew-shaped pasta in fusilli. Given its long shape, Italy has various types of pasta dishes in the northern and southern regions. The northern region has a mountainous terrain and draws influence from its neighboring countries of Switzerland and France. This region of Italy is home to many cattle and pastures so cheese has become a staple food over the centuries. Here they produce butter-based sauces like the French do but the Italians add herbs and garlic to add their own flare on the dish. This unique set of circumstances and influences have given Northern Italy to produce regional pasta like risottos and fettuccine alfredo. Meanwhile, in Southern Italy the growth of tomatoes, olive oil, and fresh greens and herbs can be accounted for through the Mediterranean climate has inspired countless tomato-based dishes like the rigatoni all’amatriciana. These regional differences illustrate how pasta varies from region to region based on their unique set of circumstances.

One uniting factor of pasta within all of Italy, however, is the role it plays in bringing together families. As seen in  “Two Greedy Italians” grandmothers and mothers pass down their touch to their daughters through the sense of cooking. Family recipes are passed down through the generations which help daughters learn about their culture and lineage through the pasta. Italians usually produce pasta at large in order to share. These dishes are then served on a dinner table where a family has gathered around. The dining table is significant in Italian culture because it represents a place where food is shared, stories are told, and family is brought together.

Similar to the Italians, the Chinese use noodles as a way to bring together family and celebrate. The Chinese have a longevity noodle that signifies long life for birthdays, dumplings to celebrate the new years, and noodles to symbolize a happy marriage. Noodles have played a major role in the development and culture of China. For instance, the Dan Dan Noodle are noodles based in Chengdu, China. They are called “dan” which means to carry on a shoulder pole. These noodles were carried on the backs of food vendors in Chengdu and were easily served to passersby in the streets. In the “Shark’s Fin and Sichuan Pepper” a student explained her relationship with these noodles as a dish to cure a heartache. They can be seen as a milestone in one’s life through the longevity noodles or as a way to encourage others like in “Crossing the Bridge” where a home cook prepares a dish for their son to wish for him to succeed on his exam. Noodles in China signify the history of its people because in every region of China the noodles are based on an external influence. Like in Northern China in the city of Lanzhou there are Muslim influences on their unique hand-pulled noodles.

The role of noodles in China is not just in the dish but how the dish was made. In “A Bite of China” the video shows street vendors and cooks preparing food for the next day. It shows that a lot of care, dedication, time, and love goes into making a noodle dish. Since cooks dedicate entire days to preparing a wholesome noodle dish, food in China is seen as something that shouldn’t be wasted. This is very similar to other countries with a Chinese influence like Vietnam.  Growing up, my mom would sometimes prepare pho for the family and she would be enslaved over the stove all day carefully making the beef broth. She would often remind me how delicate each ingredient is to the soup and dish itself. When the dish was complete the next day, my mom would remind us to always eat every noodle and vegetable in sight as well as to drink the broth until the bowl is empty. We could not leave the dinner table without first showing her the completely empty bowl. Similar to my experience, the Chinese are taught not to waste food because the cook has put so much time into preparing every noodle dish.

The various noodles and pasta dishes found around the world are a representative of the culture and history of each region/country. From the cheese based pasta in Northern Italy to the Muslim influenced noodles in Northern China, these dishes show the rich history of its region. Through noodles and pasta, cultures are able to share their traditions like passing on a family recipe or celebrating a moment in time like new years. Noodles have been known to unite people together, even on the streets of China. Strangers can be seen huddled together enjoying a street vendor’s noodle dish. Noodles have become a worldwide phenomenon, especially with instant ramen available in every convenience store and college dorm.

Speaking of college dorm rooms and instant ramen, I have experienced first hand how noodles have brought others together. As a timid high schooler, I was terrified to meet new people in college. However, in the first few weeks of the school year,

my roommates and I had a ramen night and invited the entire floor.  In this situation, the ramen literally brought together my floormates and we all ate together and chatted (The video is provided below). The noodles literally began my time at Emory and have since played a vital role in the development of my friendships. From late night pho runs to going out on dates eating noodles, noodles signify plenty of memories and unforgettable moments for me that I cannot sum into any amount of words. Likewise, I believe the definition of the noodle cannot be easily defined. Yes, it can be defined as a tube of pasta or typically made with egg and usually eaten with a sauce or in a soup, however, this does not give the many connotations of noodles. Noodles carry tradition from generation to generation and is a comfort food that is loaded with a history different from each country and individual person. This noodle cannot be so easily defined or captured in a picture. However, I choose to represent noodles in the video provided below of my time in the college dorm room. Noodles here represent a bridge to meet new friends, it has brought together many different people together to enjoy a meal, and the instant ramen is instrumental to a typical college diet. The noodles below show some of the many aspects of the noodle.

As an elementary schooler, I did not understand why my family never cooked pizza or lasagna for dinner like my friends ate. Instead, there were weird soups made from weird animal parts. I didn’t understand that my family was different and that we weren’t the typical American family betrayed on Disney channel. It wasn’t until the cultural week at my school that I realized I wasn’t just American but Vietnamese American. Slowly afterward, I began to embrace my culture and the foods that came with it.

Question 1: Growing up as a Vietnamese American, I’ve eaten everything from pho to pizza (or as my parents pronounce it “pissa”). My Mom was raised in Vietnam and was taught how to cook traditional Vietnamese cuisine. For breakfast, I would often wake up to the smell of banh xeo (Vietnamese yellow crepes/pancakes) or scrambled eggs and bacon. For lunch, I would have the basic chocolate milk, a piece of fruit, and a cheeseburger, but for dinner, there would be a nice warm bowl of lemongrass noodle soup called bun bo hue. I’ve eaten snakes, black turkeys, and every part of a pig and cow including their blood. Instead of chocolate or vanilla smoothies, I grew up with sinh to bo which is a simple blend of ice, whole milk, sugar, and fresh avocados. In grocery stores, pocky and yam yams filled the isles instead of traditional chocolate bars. I was raised in a Vietnamese household but sometimes have the taste buds for a greasy cheeseburger. I embrace both cultures and appreciate the unique flavors each have to offer.

Question 2: As a child, I LOVED egg rolls and spring rolls (goi cuon). Not only for their amazing taste, but for the memories associated with them. My mom would only make egg rolls when there would be big parties with my family. Food was a way to bring together my distant aunts, uncles, and cousins. Sometimes my family hosted parties and relatives from Florida would drive up to see us. Food would always be an icebreaker for me. When people began to eat, they began to open up and talk. As a result, whenever I would be meeting a new cousin or second aunt, I would offer them food and connect with how delicious everything was. This was the same in school except instead of discussing pho and durian, I would connect over curly fries, pizza, and burgers.

Question 3: Georgia is my home state and I’ve enjoyed the various communities this state offers. Atlanta is a unique city with many ethnic groups living together. I enjoy living in Atlanta because there are so many opportunities to explore different cultures through food. For instance, I know there is a huge korean population in Georgia and I’ve experienced my fair share of traditional dishes like haejang-guk and bibimbap. Atlanta is also home to multiple bubble tea shops which sell a sweet twaininese drink with tapioca pearls. Unfortunately, I have a bad habit of getting getting bubble tea every chance I get. I just can’t help how delicious these drinks are. I haven’t explored as much of Atlanta as I would want, but I hope with my years at Emory I get a chance to try even more tasty dishes. 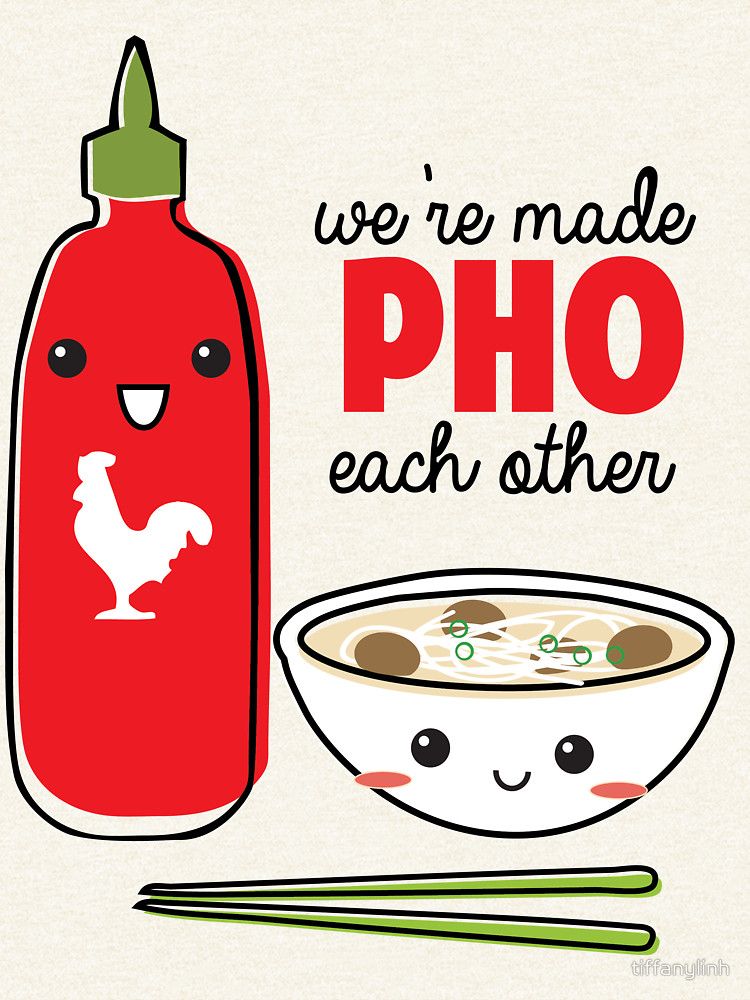