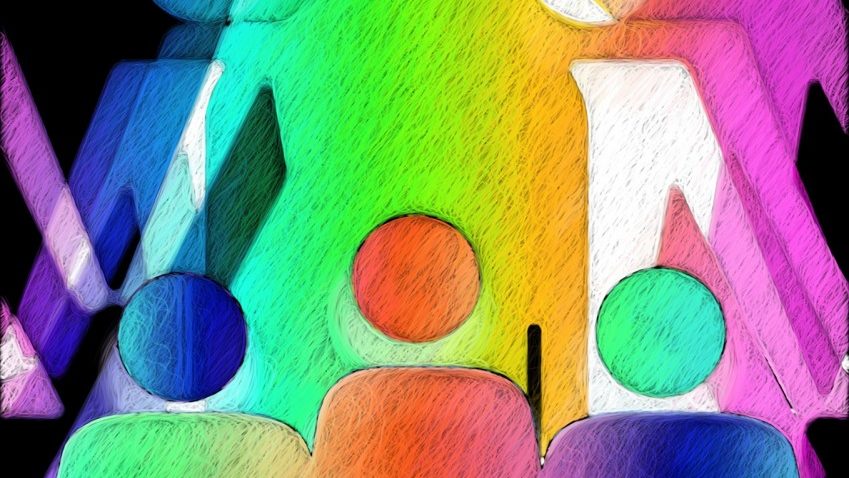 It is no radical proposition to argue for the centrality of the legal institution of marriage in allocating rights and legitimating functions in American society. Marriage remains critically important as both a symbolic and an organizational structure. Indeed, much of the debate around whether gays and lesbians should be permitted to marry has issued from a recognition of the vital role of marriage, not only in childrearing but as a barometer for social order and “traditional” values. While the moral disapproval of same-sex marriage is an admittedly diverting topic, this Article is more interested in a functional analysis of the marriage institution. What work does marriage do for the state? Why marriage, and why does it remain so foundational?

The contemporary answer, I believe, has to do with the priority placed by the state on ensuring mechanisms for the care and nurturance of children. Thus, the battle over same-sex marriage is not merely about gays and lesbians but about the social institution of family and the resilience of the marital form. Can it withstand the challenges posed by same-sex marriage movements? Will it crumble if opened to even broader forms, such as polygamous unions? These contestations are matters of urgency not only for the families involved but for the larger institution of marriage itself. The resilience of the marital family is a particularly critical concern within a “weak” welfare state such as the United States, where the private family is expected to do much of the work of childcare and nurturing. The manner in which the state channels rights, benefits, and obligations through our intimate lives thus continues to be of paramount importance.

While the arcs of the same-sex marriage and polygamous marriage movements have been far from parallel, there are nevertheless important continuities and linkages to be found. The role and position of children in both movements, as well as the vulnerability of the state in regard to the care of dependent children, offer useful signposts toward a future of plural parents and caretakers within the family. But what does it mean to reference “the vulnerability of the state”? How can an institution, much less the state, be understood as vulnerable? The next section will introduce the vulnerability paradigm developed by Martha Fineman and explain its utility in analyzing these social concerns.

The concept of vulnerability does not describe merely our susceptibility to harm or danger but represents a fundamental and universal element of the human condition. As articulated by Fineman, this understanding challenges the manner in which vulnerability has commonly been applied, most often in reference to “vulnerable populations” as a specific and negatively stigmatized subset of society. Rather than focusing on the vulnerability of a select few (and thereby presuming the relative invulnerability of others), the vulnerability paradigm asks that we open the frame to recognize our commonly held vulnerability. We are all vulnerable as embodied beings, and over the course of our individual lives we will all require the care and support of others.

This need is most evident when we are infants and perhaps also as we age into our elder years or fall ill. These are clear relations of dependency that, “although episodic, [are] universally experienced.” Instead of thinking of these relations of dependency as aberrations from the autonomy and independence imagined by the liberal subject of law, however, vulnerability theory asks us to reimagine the myth of autonomy altogether. It requires that we look not to the rational, independent, and self-sufficient liberal subject as the foundation for our legal and social order, but to the vulnerable materiality of our human embodiment.

When we replace the liberal with the vulnerable subject, the universal relations of care upon which society depends are thrown into relief. A vulnerability approach allows us to understand our dependency, not as a liability but as the “compelling impetus for the creation of social relationships and institutions.” Indeed, Fineman argues that it is precisely our universal vulnerability that has necessitated “the formation of families, communities, associations, and even political entities and nation-states.” The social institutions we construct are explicitly designed to mitigate our vulnerability and to provide us with resources and support as we move across the life course.

Take for example the social institutions of education: Schools are designed to provide us with knowledge and training and to equip young people for productive membership in society. It is through the training we receive in our youth that we may build resilience as we age, thereby mitigating some aspects of our universal vulnerability. The notion of resilience is a vital aspect of the vulnerability paradigm, as resilience offers
“the critical, but incomplete remedy for vulnerability. Although nothing can completely mitigate vulnerability, resilience is what provides an individual with the means and ability to recover from harm, setbacks, and the misfortunes that affect her or his life. The degree of resilience an individual has is largely dependent on the quality and quantity of resources or assets that he or she has at their disposal or command.
. . . .
. . . When individuals have resilience it allows them to take advantage of opportunities knowing that if they take a risk and the desired outcome fails to transpire, they will have the capacity to recover.”

Thus, it is through societal institutions such as the family, community, and school that human beings are able to gather the resources of resilience that allow us to take advantage of future opportunities. However—and this is a critical insight—these societal institutions are themselves vulnerable and may be subject to failure or capture. Thus, we may understand our education system as vulnerable, which is why we require the actions of what Fineman calls “the responsive state” to ensure that these institutions provide resilience for all and not merely a select few.

Through the vulnerability perspective, we may understand the family as a similarly vital social institution. Our families equip us as young people with the resilience to navigate both future challenges and future opportunities. However, the social institution of family is also vulnerable and requires state action to ensure its ongoing resilience. In America, the institutional form that has received both historic and contemporary privilege is the two-person model of heterosexual family; this intimate arrangement has long been viewed as the ideal structure for childbearing and childrearing. It is through the legal recognition of marriage, and the channeling of associated rights, benefits, and obligations through marriage, that the state aims to manage the labor of managing human dependency. It is within the private sphere that the critical work of social reproduction is done, and the organization of the state depends upon the resilience and continued effectiveness of the marital family.

The vulnerability of the state is thus ameliorated by the social institution of family. Viewing the family through this lens clearly renders the deep political and economic stakes of marriage and the need for a stable model of two-parent cohabitation where sex and reproduction occur within the marital home. This

model ensures that children are born and remain within a structure for their rearing and socialization, divesting the state of direct economic responsibility for the daily labor of childcare.

We may therefore understand (at least) three layers of overlapping vulnerabilities. First, and the most evident, is the vulnerability of the child. Children require food, shelter, and care to thrive, and their inevitable dependency demands a caretaking response. This is the most common use of vulnerability and one that is likely familiar to the reader.

Second, is the vulnerability of the marital family as a social institution. A shift in intimate demographics is underway in the United States, referred to by some commentators as a (heterosexual) “marriage crisis.” The age at which an average person is first married has risen by six years since 1960, with only 20% of Americans now married before the age of 30. The overall number of new marriages each year is also declining at a slow but steady rate. Put simply, if you are an unmarried adult today, you face a lower chance of ever getting married and a longer wait and higher divorce rates if you do. Perhaps unsurprisingly, the Pew Research Center found in 2011 that about 40% of unmarried heterosexual adults believe that marriage is becoming obsolete. The two-parent heterosexual family is thus a vulnerable institution, one that is currently on the decline.

Third, is the vulnerability of the state. Given the vulnerability of young people and the necessity of the family in maintaining their care, the state is deeply invested in ensuring that parents care for their children. Such vulnerability has given rise to programs like the Healthy Marriage Initiative, launched by the federal government in 2003 “to help couples who choose to get married to gain greater access to marriage education services,” while enabling them “to acquire the skills and knowledge necessary to form and sustain a healthy marriage.” Many have applauded such initiatives as a mechanism to remove people from welfare rolls and reduce dependency upon state entitlements. Indeed, the Heritage Foundation, a conservative think tank, has directly tied the prevalence of poverty to the failure of heterosexual marriage, stating that “the collapse of marriage is the principal cause of child poverty in the United States.” This is not merely a partisan issue, however. As a report coauthored by William Galston, former Domestic Policy Adviser in the Clinton White House, stated, “Marriage is an important social good, associated with an impressively broad array of positive outcomes for children and adults alike. . . . [W]hether American Society succeeds or fails in building a healthy marriage culture is clearly a matter of legitimate public concern.”

A vulnerability analysis allows us to understand the state’s investment in the two-parent model of “healthy” marriage as a structure to ensure the stable upbringing of children. This is why, since 1996, welfare reform programs have explicitly included (heterosexual) marriage-promotion initiatives.69 The government response to impoverished households thus becomes not increased social subsidies or hikes in minimum wage but a renewed emphasis on the marriage bond.70 When the vulnerability of the state is read in concert with declining rates of heterosexual marriage and the ongoing vulnerability of dependent children, it crystallizes the importance of the two-parent family as a source of state resilience. This overlapping and relational analysis will prove very helpful in understanding the recent suite of same-sex marriage cases and the central role that children have played.”