And when you visit the library to take a look at these works, swing by the new exhibit Graphic Narratives and Comic Collections at Emory: Past, Present and Future, now on display on level 2 of the Woodruff Library. 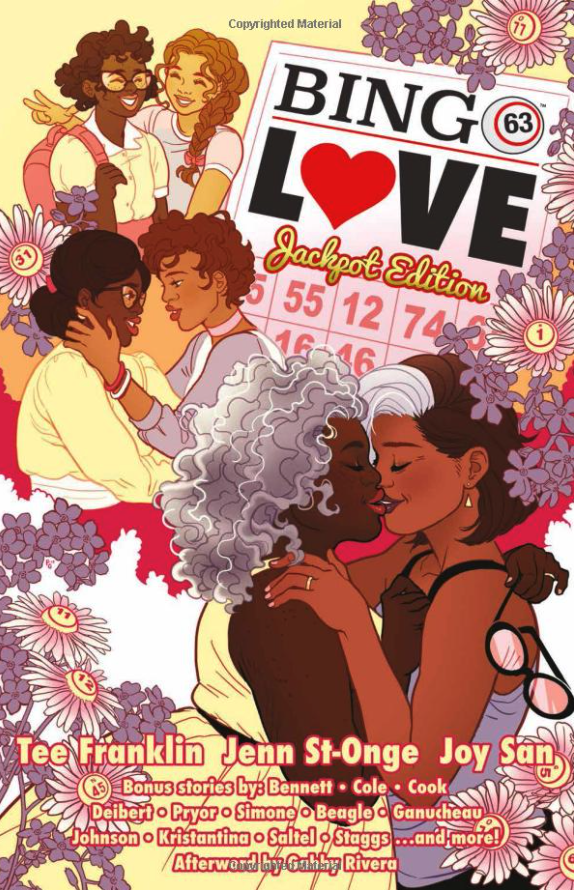 “When Hazel Johnson and Mari McCray met at church bingo in 1963, it was love at first sight. Forced apart by their families and society, Hazel and Mari both married young men and had families. Decades later, now in their mid-60s, Hazel and Mari reunite again at a church bingo hall. Realizing their love for each other is still alive, what these grandmothers do next takes absolute strength and courage. From Tee Franklin (Nailbiter’s ‘The Outfit,’ Love is Love) and Jenn St-Onge (Jem & the Misfits), Bingo Love is a touching story of love, family, and resiliency that spans over 60 years.” (From publisher.) NPR’s Best Books of 2018; The Advocate’s Best LGBTQ Graphic Novels of 2018. 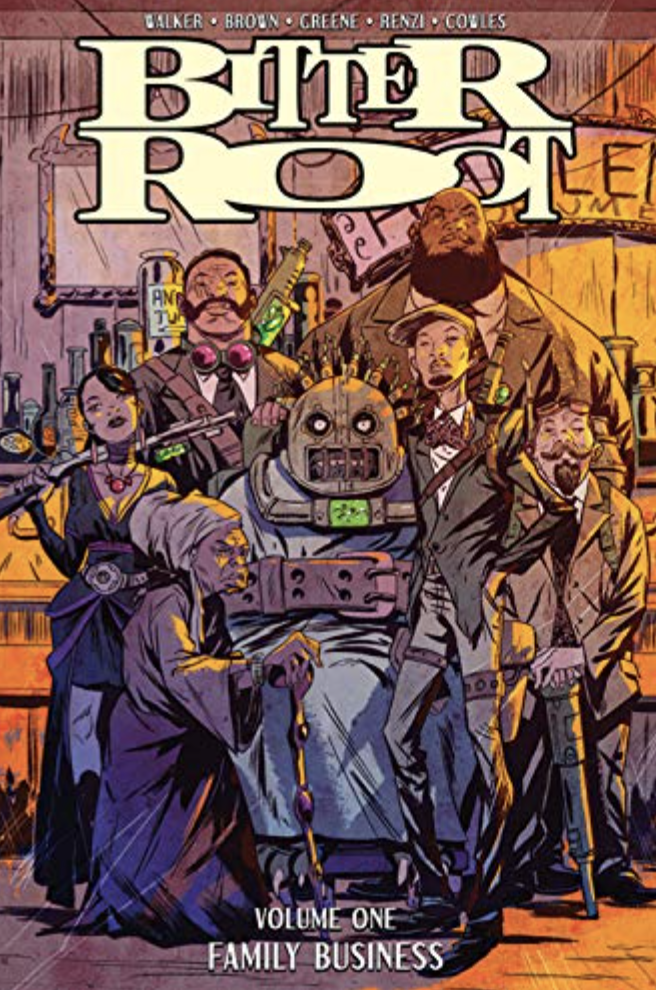 “In the 1920s, the Harlem Renaissance is in full swing, and only the Sangerye Family, once known as the greatest monster hunters of all time, can save New York —and the world—from the supernatural forces threatening to destroy humanity. But those days are fading and the once-great family that specialized in curing the souls of those infected by racism and hate has been torn apart by tragedies and conflicting moral codes. A terrible tragedy has claimed most of the family, leaving the surviving cousins divided between by the desire to cure monsters or to kill them; they must heal the wounds of the past and move beyond their differences . . . or sit back and watch a force of unimaginable evil ravage the human race.” (From catalog.) 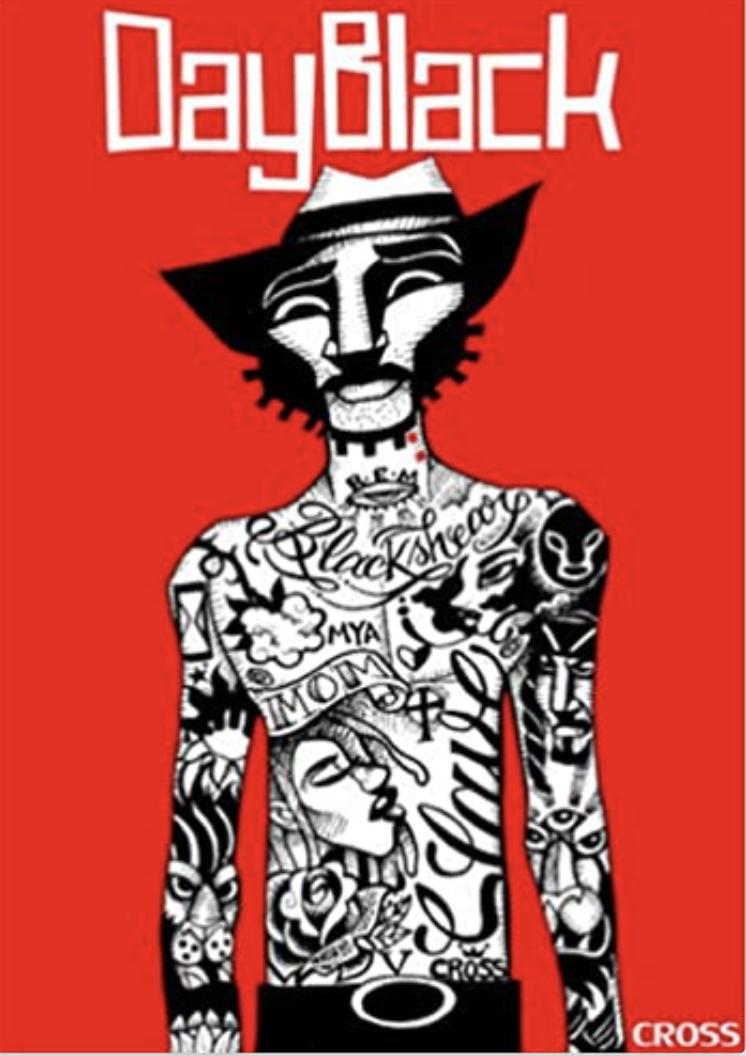 “DayBlack is the story of Merce, a former slave who was bitten by a vampire in the cotton fields. Four hundred years later, he works as a tattoo artist in the small town of DayBlack. The town has a sky so dense with pollution that the sun is nowhere to be seen, allowing Merce to move about freely, night or day. Even darker than the clouds overhead are the dreams Merce has been having that are causing him to fall asleep at the most awkward times (even while he’s tattooing someone). As he struggles to decipher his dreams, someone from his past returns with plans for him—plans that will threaten his new way of life and turn him back into the cold-hearted killer he once was.” (From page [4] of cover.) Nominee: Best Writer and Best Male Character, Glyph Awards.

“Can a black woman be America’s first superhero? Eli Franklin is a 15-year-old girl living in rural Montana — and she just happens to be the most powerful person on the planet. In the aftermath of the world learning that only black people have superpowers, Eli makes her debut as the superhero Good Girl, on a mission to help people and quell the fear of empowered blacks. When a super-terrorist threatens to take away everything Eli has worked toward, will donning a patriotic costume be enough for her to find acceptance?” (From catalog.) 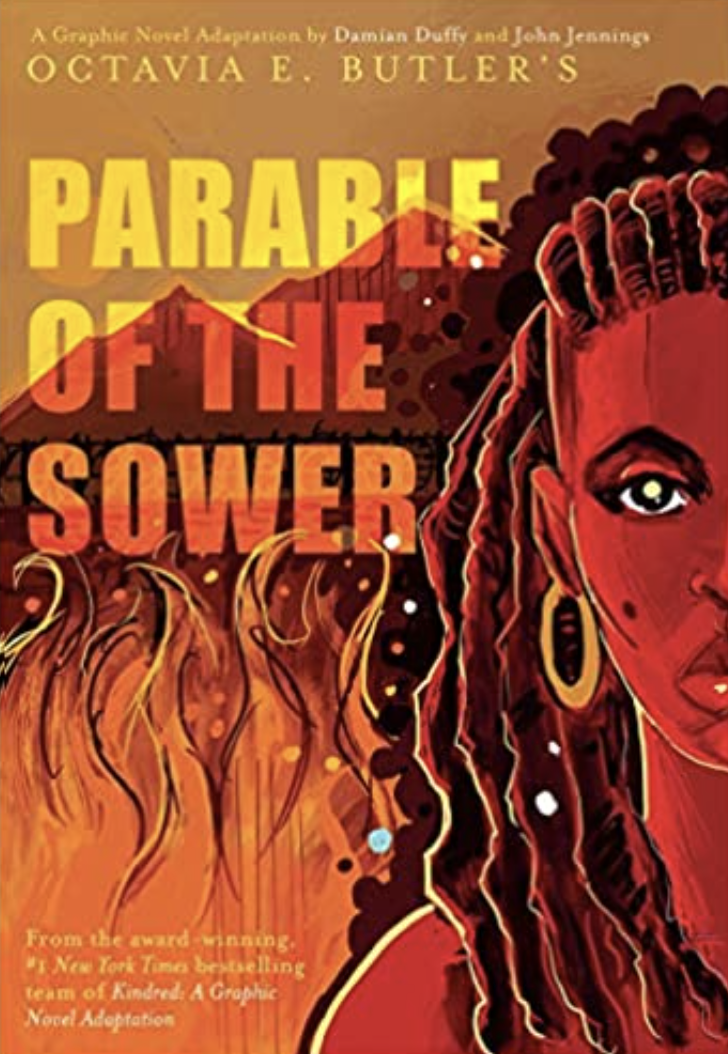 “[G]raphic-novel adaptation of Octavia E. Butler’s “Parable of the Sower” by Damian Duffy and John Jennings, the award-winning team behind “Kindred: A Graphic Novel Adaptation,” the author portrays a searing vision of America’s future. In the year 2024, the country is marred by unattended environmental and economic crises that lead to social chaos. Lauren Olamina, a preacher’s daughter living in Los Angeles, is protected from danger by the walls of her gated community. However, in a night of fire and death, what begins as a fight for survival soon leads to something much more: a startling vision of human destiny . . . and the birth of a new faith. (From catalog.) 2021 Hugo Award Winner for Best Graphic Story or Comic. 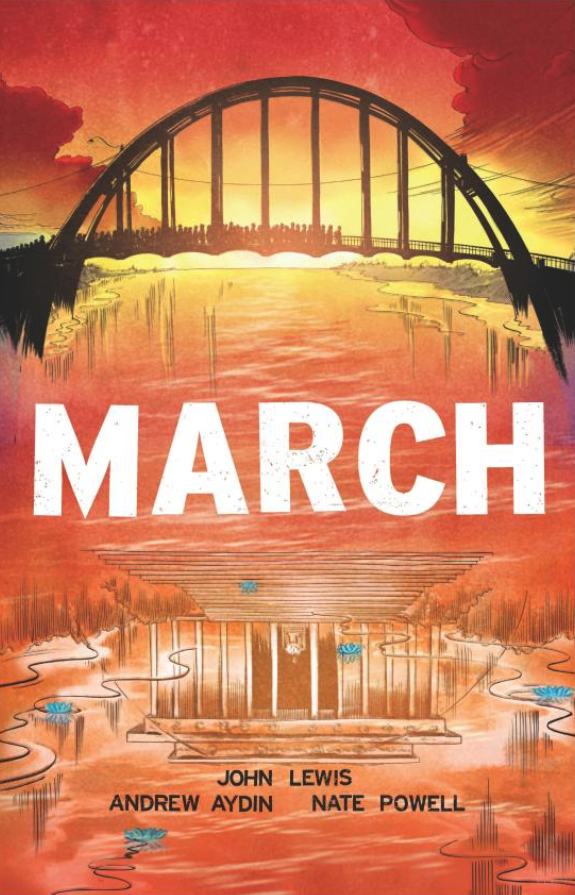 “Discover the inside story of the Civil Rights Movement through the eyes of one of its most iconic figures, Congressman John Lewis. ‘March’ is the award-winning, #1 bestselling graphic novel trilogy recounting his life in the movement, co-written with Andrew Aydin and drawn by Nate Powell.” (From catalog.) Winner of the National Book Award for Young People’s Literature.

The Life of Frederick Douglass: A Graphic Narrative of a Slave’s Journey from Bondage to Freedom, David F. Walker, Damon Smyth

“A graphic novel biography of the escaped slave, abolitionist, public speaker, and most photographed man of the nineteenth century, based on his autobiographical writings and speeches, spotlighting the key events and people that shaped the life of this great American.” (From catalog.)

“A bold and fascinating graphic novel history of the Black Panther Party” (From catalog.)

Still I Rise: A Graphic History of African Americans, 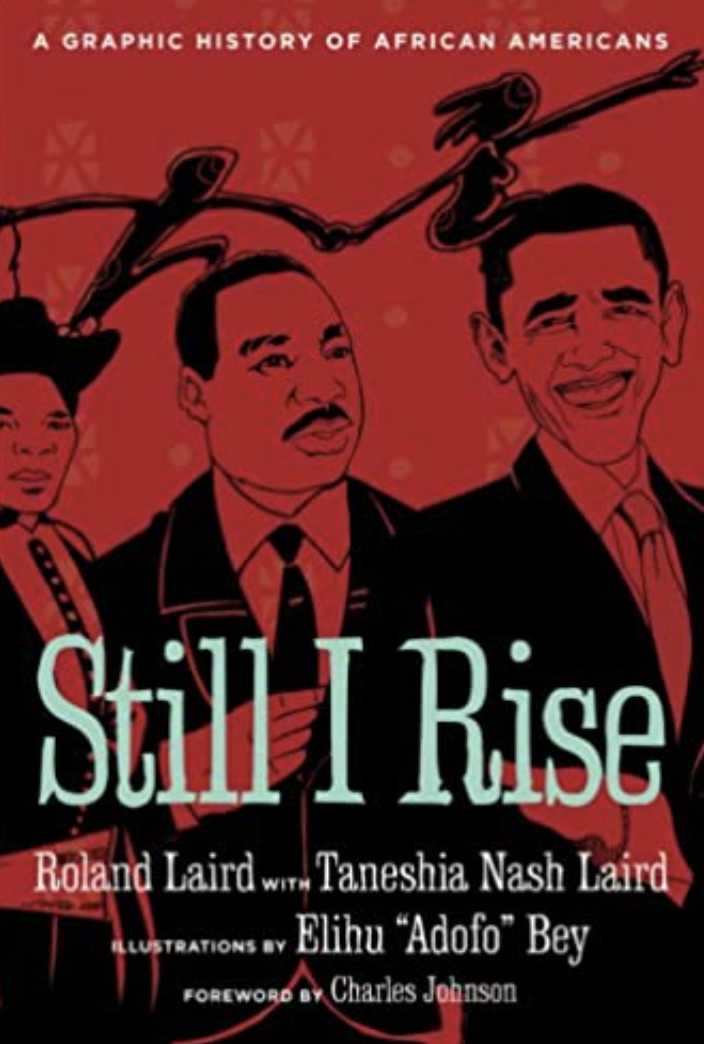 “‘Still I Rise’ is a critically acclaimed work with an impressive scope: the entire history of Black America, told in an accessible graphic-novel form. Updated from its original version — which ended with the Million Man March — it now extends from the early days of colonial slavery right through to Barack Obama’s groundbreaking presidential campaign. Compared by many to Art Spiegelman’s ‘Maus,’ ‘Still I Rise’ is a breathtaking achievement that celebrates the collective African American memory, imagination, and spirit.” (From catalog.)

“In the early 20th century, when lynchings were commonplace throughout the American South, a few courageous reporters from the North risked their lives to expose these atrocities. They were African American men who, due to their light skin color, could ‘pass’ among the white folks. They called this dangerous assignment going ‘incognegro.’ Zane Pinchback, a reporter for the New York-based New Holland Herald, is sent to investigate the arrest of his own brother, charged with the brutal murder of a white woman in Mississippi. With a lynch mob already swarming, Zane must stay ‘incognegro’ long enough to uncover the truth behind the murder in order to save his brother — and himself. Suspenseful, unsettling and relevant, [this  book] is a tense graphic novel of shifting identities, forbidden passions, and secrets that run far deeper than skin color.” (From publisher.)

For a complete list of African American-authored and themed graphic novels, search the Emory Libraries catalog.

For an overview of other resources that celebrate Black life and history see the following blog posts on African American newspapers, e-books, and streaming video.