Ansley Park, originally a Garden Suburb, differs from other neighborhoods such as Inman Park and Druid Hills in that it’s infrastructure was not purely designed with the streetcar in mind. Ansley Park features very wide roads and large houses, unlike the narrow rows and bungalows found in Inman Park. It was the first Atlanta suburban neighborhood designed for automobiles. Piedmont Driving Club is right next to it.

Ansley Park is situated close to Piedmont Park, a large area of mixed-use green space that not many suburbs can claim such proximity to. Unlike Inman Park, it didn’t go through a period of blight that accompanied the decline of the suburb, likely due to it’s wide roads and luxurious homes. Multiple parks within Ansley Park are of narrow shapes and residents are can work to these parks. The walk score of Ansley Park is 62, transit score 52 and bike score 57 according to Walk Score website. Its curvilinear pattern is influenced by Olmsted, the famous landscape architect who designed Central Park and Riverside neighborhood. It is more naturalistic than the perpendicular grid pattern in downtown Atlanta.  Edwin Ansley, the developer of Ansley Park likely was more attracted to profit comes from selling “bushes” to rich home owners than Garden Suburbs ideal. According to Atlanta Historical Center, these profits could be as high as 100 to 300 percent. 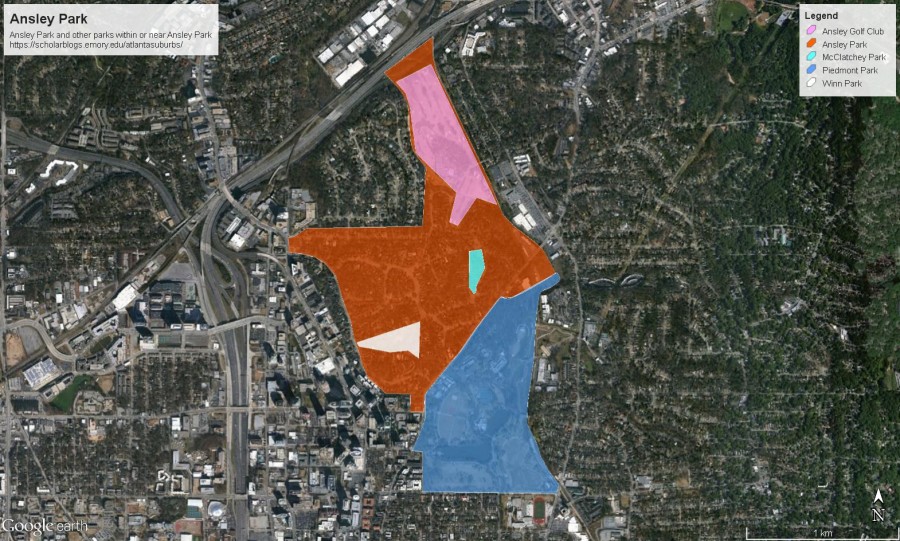 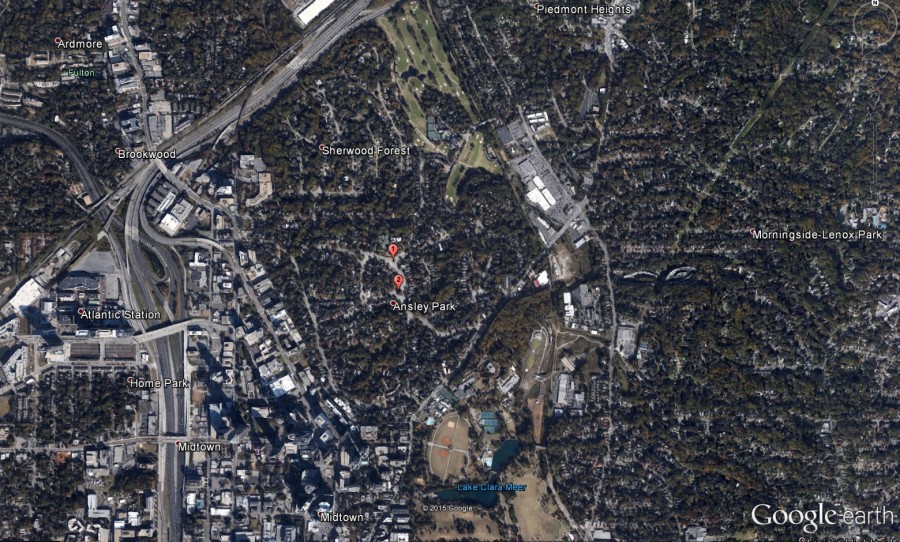