Grant Park was named after Lemuel P. Grant, a colonel in the Civil War. Grant helped in spreading the railroad to Atlanta, and lived in a mansion in what is now Grant Park. After the war, Grant traded and donated the land around his mansion to the city. The land around the park soon developed into a neighborhood as more and more people flocked to Atlanta. 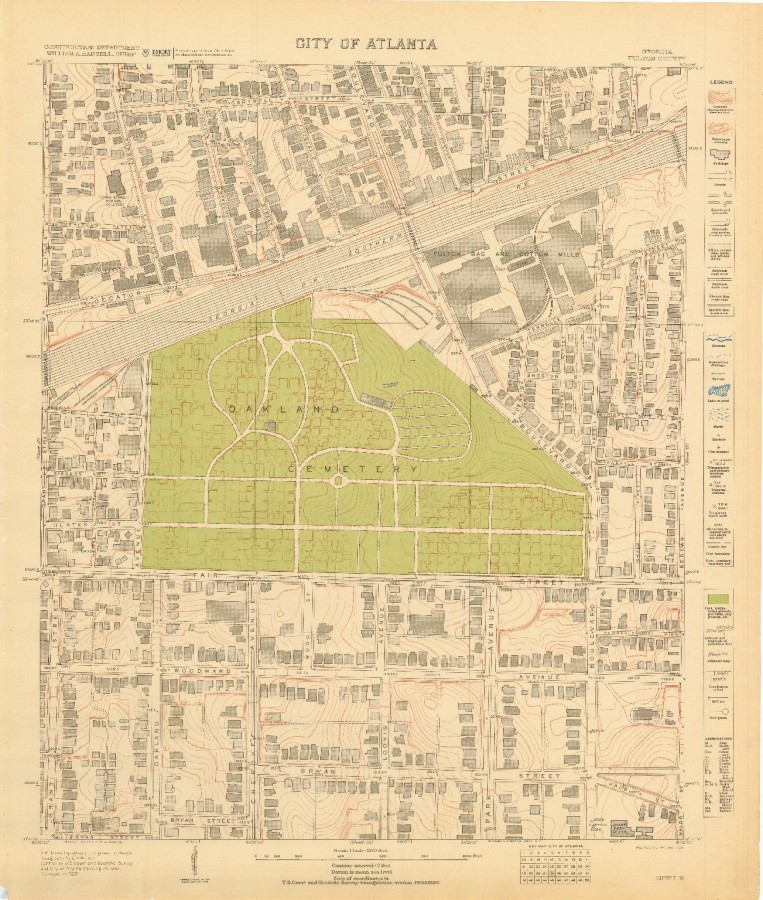 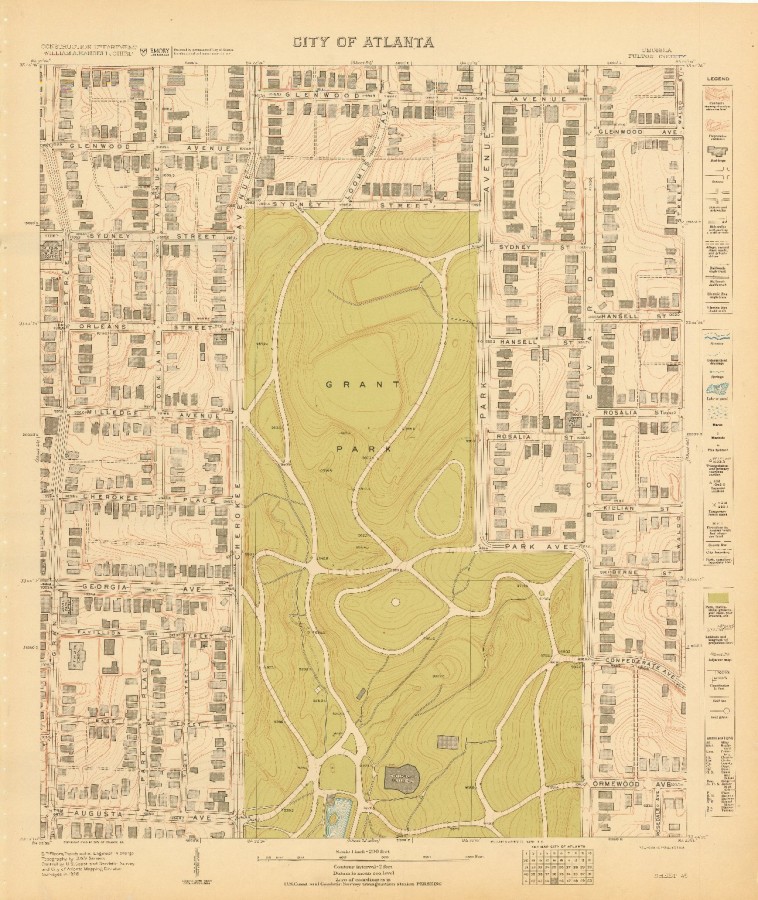 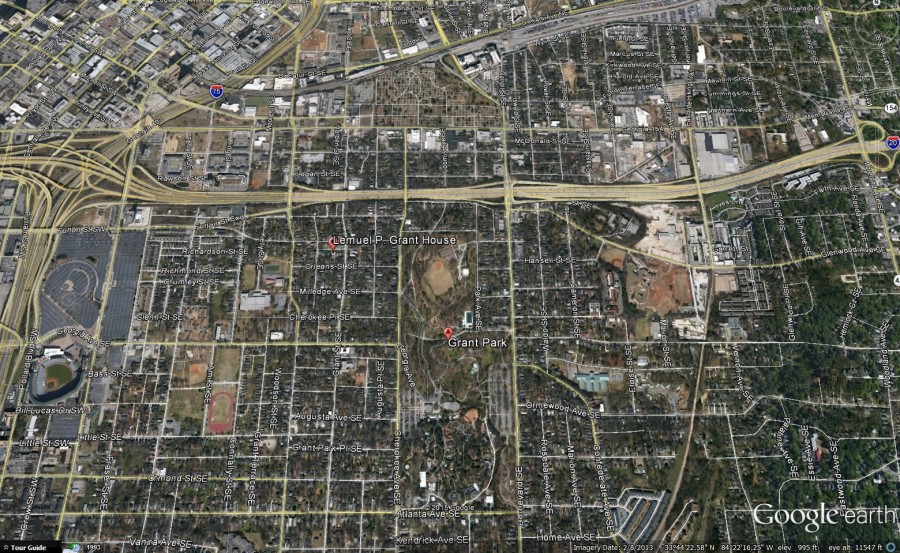 Image of Grant’s house in relation to Grant Park and Greater Metro Atlanta. 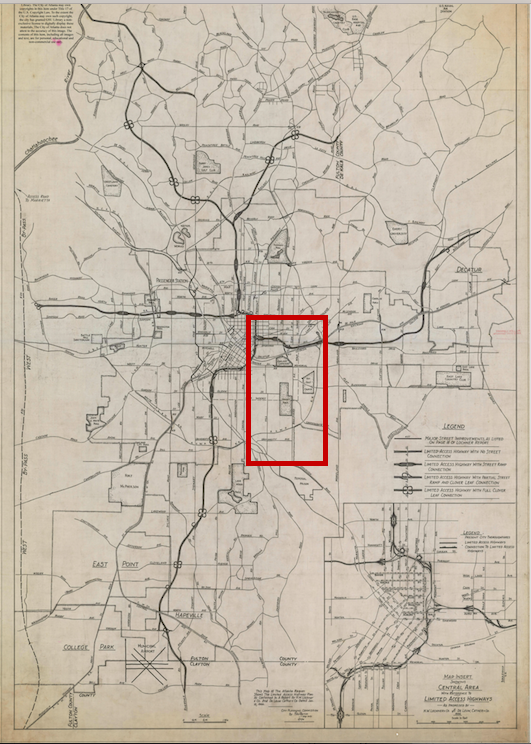 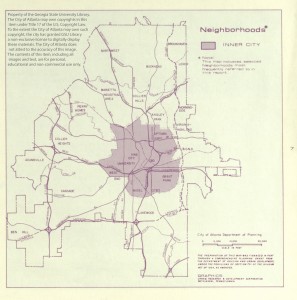 Grant Park boomed in the late 19th century, populated by middle and upper-middle class families. Some of the homes can still be seen today, as they are very architecturally distinctive. Many of the lots for the homes were tight and narrow, from the times when the city needed access to the outhouses for sewage purposes. However, Grant Park would not always continue to grow. 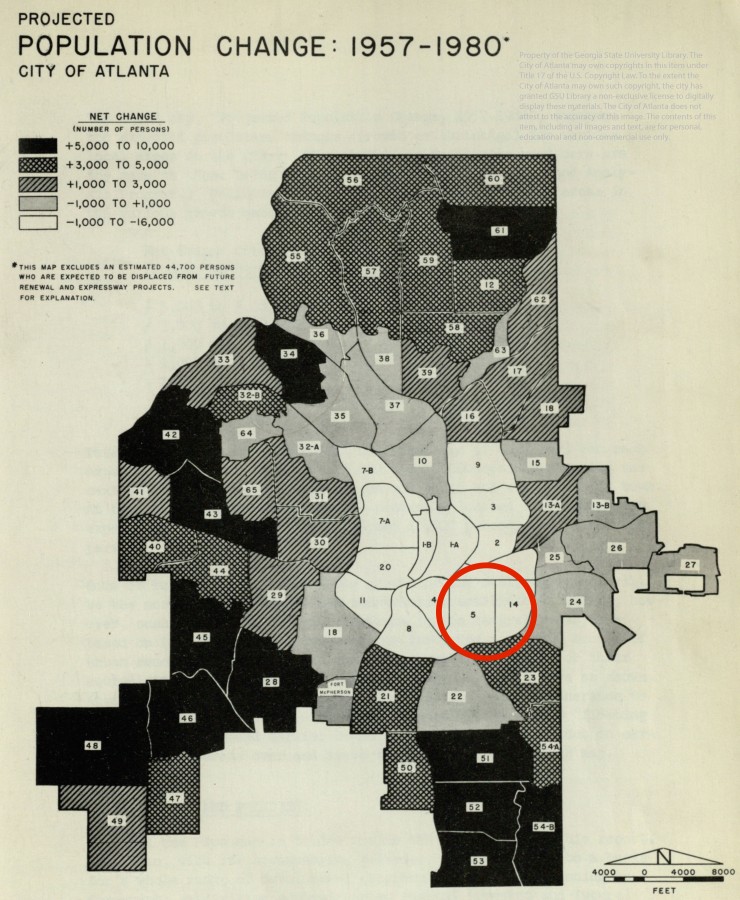 “The neighborhood reached its zenith around 1905. Shortly after the turn of the century, the neighborhood’s battle with the automobile began when some of the wealthier residents, who could afford to buy cars, were drawn to such faraway places as Druid Hills, Morningside and Buckhead. Grant Park remained middle and upper middle class into the 1950’s. In the 1960’s, the automobile was responsible for cutting the neighborhood in half by means of a six-lane highway. Grant Park was severely disrupted and declined in the wake of I-20’s construction” (Grant Park’s History). 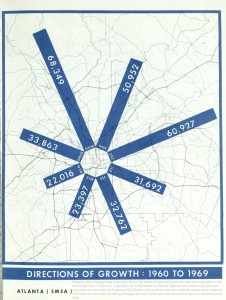 Here is an example of the negative impacts the automobile can have on society and individual neighborhoods. The influence the car had on the city of Atlanta drove people out of Grant Park and further into  what developed as the outer ring of Atlanta.