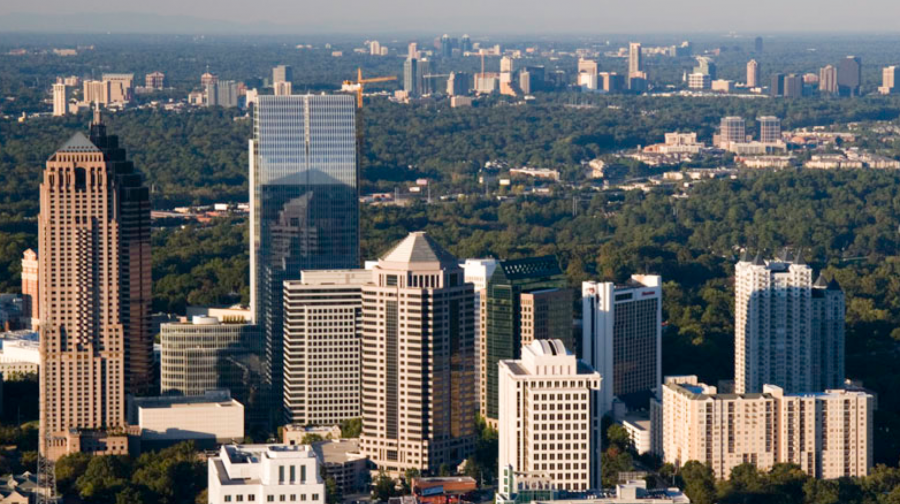 Atlanta is a city of sprawl. Far from the concrete jungle that defines other major cities, Atlanta is a city defined by its neighborhoods. A (relatively) short drive can transport you from a bustling area of Midtown to a quiet residential Dekalb suburb. To answer the question of how these variety of neighborhoods formed, from their culture and aesthetics to their transportation infrastructure, we examined the “Inner Suburban Ring” of Atlanta, a group of neighborhoods that lie directly outside of “Inner Atlanta”  where most people commute into their jobs (and get around more generally) via car. While some definitions of “Suburban Atlanta” are limited to Outside The Perimeter, we focused on suburban neighborhoods that lie within the perimeter.

We looked at the history and present day state of several “suburban” neighborhoods and looked at the factors that influenced these neighborhoods, with a central focus on how the transportation infrastructure, or lack thereof, contributes to the state of their development and prosperity. We looked at how the neighborhoods were influenced by the variety of means of transportation that existed, were proposed, or currently exist in Atlanta, including MARTA, the Streetcar, the Beltline and of course the automobile.

We hope that our study of Atlanta’s motoring suburbs will illuminate issues that affect city development and transportation. Our study hopes to show how these neighborhoods were built, how they succeed and fail, the potential division that has resulted over time between neighborhoods, and the future growth that the neighborhoods will have.