A Thousand Li of Rivers and Mountains

A Thousand Li of Rivers and Mountains gives me a very deep impression. The setting of the painting is in the evening, so Wang Ximeng’s dark colors are both sad and thoughtful. On top of the mountains, Wang Ximeng used a beautiful shade of blue. This color goes well with the  other dark colors. A Thousand Li of Rivers and Mountains’ name is very interesting because in one’s imagination, one can see an infinite number of mountains and rivers. If I was the artist of this painting, I would use the same method, the landscape painting, because on a landscape painting, one can see a lot. This painting makes me think about our beautiful world. The painting’s setting (the evening) reminds me that my life is not infinite. Like a setting sun, people should savor their lives, because lives, and the sun, will disappear after a while.

This painting has 3 parts. You can see the spring in the country, busy near the river mouth, and bustling city streets. This painting is famous because this painting is a variety of natural elements and structural geometry, boats and bridges, markets and shops, people and landscapes precise image. More than 550 people wearing different clothes, facial expressions and posture are shown in the picture. This painting is generally considered the most famous of all Chinese painting works, it is called “China’s Mona Lisa.”

This picture gave me the exact impression of China as I already had it. If I think of the past in China, I would think very hard-working person. I think the artist painted an accurate depiction of China back in the day. 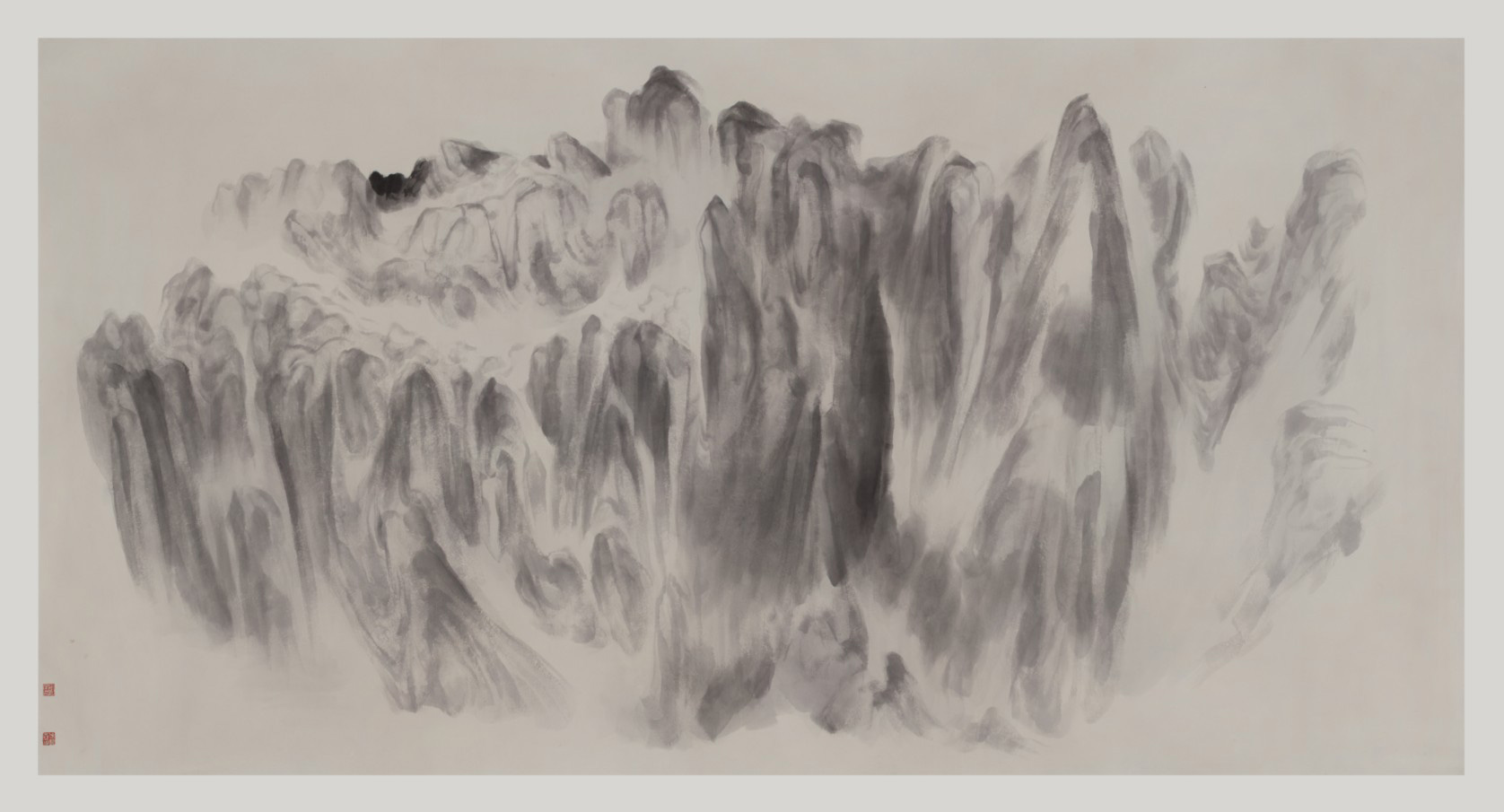 This is China’s tall mountain which stands on level ground. The artist, Xu Longsen only uses water and black ink to paint this masterpiece. When one sees this painting, one does not see trees, water, or animals that live on the mountain, or people. Rather, Xu Longsen paints the mountain in an abstract space.

Xu Longsen was born in 1956 in Shanghai. He currently lives in Beijing. During his free time, he enjoys going to the Nelson-Atkins Museum of Art in Kansas City. He gets his inspirations from there. I chose this painting because it was mysterious and looking at it made me feel calm. This painting had given me a strong impression.

Xu Longsen may have wanted his audience to feel that the mountain was mysterious and beautiful. Because the mountain in this painting does not look like that in photographs, at first glance, it is hard to say that this painting is that of a mountain. I thought it was a cloud, but after looking at it for awhile it started looking like an abstract mountain to me. If I were on the mountain, I would climb to the highest point and meditate on there, since I assume it would be quietest and will be easier to gain concentration.

The Colors of Mount Taihang

After surfing the Internet, I found a beautiful Chinese painting. This painting is called “The Colors of Mount Taihang.” During the Qing Dynasty, China had many famous painters. Many painters often painted “Mountain Water” paintings. Take Wang Hui for example, he often painted many large mountains, many beautiful rivers. In 1669, Wang Hui painted “The Colors of Mount Taihang.”

This is why I like this painting by Wang Hui so much. This painting gave a very deep impression on me. In addition to danger and peace, there are many opposites in our lives. For example quiet and loudness, ease and difficulty. If today you are sad, tomorrow you may be happy. I think that Wang Hui understood this. 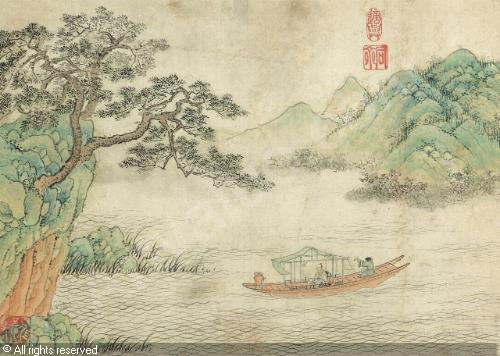 This beautiful piece of classical Chinese landscape painting is by Shen Hengji. In this painting, I see a small boat floating in the water, with two people on the boat. Behind the river are mountains, which are very high and very detailed. On the other side of the river there is a cliff, and on the cliff is a pine tree. The primary colors used in this painting are green, gray, and brown, which are all colors of nature.

Shen Hengji’s poetry and paintings gained fame in Wuzhong City, and thus, he came to be   acknowledged as “the pioneer of Wu School”. I chose this picture by Shen Hengji because I like the   peaceful and relaxed atmosphere of this picture. I feel that the painter, Shen, places great importance on the harmony between nature and human. I think many modern people, including myself, frequently forget the beauty of nature, but this piece of classical Chinese painting makes me want to experience the freedom in nature. I can imagine: I am the only one on the wide river, and surrounding me are the deep water, many trees, and green mountains. All I can hear is the sound of the wind. My worries and stress disappears within the thin mist.