The main activity that my friends and I do together is eat. We go out to dinner, order in or get coffee and pastries while working. Hardly anyone says no to food– it’s even harder to say no to good plate of pasta. In terms of this week’s readings, food, particularly the noodle, is defined a necessity and also a luxury.

Despite the narrative which credits Marco Polo for bringing the noodle to Italy from China, the noodle was rediscovered then. Historical research attributes the Sicilians with the production of noodles in the early 12thcentury (The Truth About Pasta, p.14). Yet, the country of origin of the noodle is far from its limit in which cultures enjoy the pasta. The noodle has been able to transcend the boundaries of rich, poor, traditional, modern, eastern and western societies. The dishes have become adapted to every flavor imagined and shared across languages.

For the Italian culture, the Mediterranean diet is an integral part of their lifestyle, health and traditions rooted in history. As discussed in The Truth About Pasta reading, the integral meaning of the noodle is three-fold. The Mediterranean diet is comprised of tiers of: meats and sweets; poultry, egg, cheese and yogurts; fish and seafood; fruits, veggies, grains, olive oil, beans, seeds, herbs and spices; and physical activity and enjoyment of meals with others (The Truth about Pasta, p. 24). Because Italy is a peninsula, it allows its residents to have a diet of lean protein such as fish, its warm climate is hospitable to harvesting hearty fruits and vegetables and olive-based oils and proteins. The Mediterranean diet includes the lifestyle for a healthy mind and body with the image in the food pyramid. Differing from many food pyramids such as the American, the Italians incorporate the importance of being social, sharing food together and even making food together as an integral part of their society much like the Chinese who focus on holistic wellness. In addition to the qualitative benefits, the Mediterranean diet focuses on the chemical and physiological effects which allow everything in moderation. To counter the idea that pasta makes one fat, The Truth About Pasta reading explains the importance of wheat and grains in the pyramid which are stressed for their ability to be digested over a longer period of time causing a fuller longer feeling and energy to last longer (The Truth About Pasta,p. 4). In fact, the benefits to the hypoglycemic index and response to insulin, particularly in overweight or obese people. Called by Italian scientists “the gold standard,” pasta can be enjoyed in moderation with the mix of nutritional fruits, vegetables, tomato sauce and meats which can be incorporated to the “canvas” of pasta. Its third meaning is tied to its historical value. As pasta was invented in Sicily, rediscovered by Marco Polo and enjoyed in modern day, it becomes a translator of history over time. Homemade pasta carries history through families, through its shape and name which could be based on anything from a battle, a historical event or its regional flavor, and the influence of the foreign conquests. The Mediterranean diet is mirrored all over the world and pasta variations found in the Italian culture mark similarities to many others across the world, showcasing the global nature of food production.

For the Chinese culture, the noodles have created its originality based on its location and resources available. The meaning of noodles has become an ingrained cultural symbol, a sustainable and rich dietary addition for the rural and poorer population of Asia and again, the rich history of Chinese culture. Ramen, udon and soba are made from locally available resources which have been adapted to the Chinese diet, making an original flavor that is more receptive to the other agriculture present in that region. The long-life noodles of China are original to their location and culture. In the reading, it tells the story of how small children and the elderly enjoy noodles on their birthdays which are only celebrated at milestone ages rather than annually (Durack, 88). The act of eating noodles at the old age symbolizes a long life full of family, joy and success, an indicator of their cultural values. Much like the Italians, the focus on the social aspect of eating becomes integral to the meaning of the noodles. Though in ancient times pasta was only enjoyed by the elite, the ability of it being dried, packaged, having a long shelf-life and quick preparation has spread pasta to the ends of the globe, providing nutrition and carbs for energy in a cost-sustainable way. In Asia, this has helped both low and middle-class populations have a healthy access to food. Despite its commercialization, pasta in China, like Italy, is deeply rooted in history and heritage. From the story of Confucius discussing his ideology and his family’s preparation of noodles, the stories based on noodles are ingrained in the history and philosophies of the people.

For my personal experience in American culture, noodles are one of the first things I learned how to cook and a comfort food to me. Broadly in American culture, the definition of pasta becomes a combination of Chinese and Italian symbols. Because so many people have access to pasta to for a very low cost, it becomes a staple to the diet. While Americans embrace variations such as whole wheat, gluten-free and vegetable-infused pasta, the typical white flour is the most common among lower and middle classes. It continues to provide the nutrients and health benefits. Yet pasta can be a necessity and a luxury with variations on the spectrum much like the American economic system. In the American sense, almost everyone in America has tasted pasta at least once, so like the Italian culture, it becomes a staple for our emotional health. Comfort food for Americans usually consists of many carb-loaded, rich, cheesy or decadent food which can be made of pasta. A dish that I feel embodies this ideal is dessert pasta made of chocolate noodles with chocolate sauce and fruit ingredients. It embodies Americans’ love for pasta and the luxury of the excess— something not typically seen in the readings for Italian or Chinese cultures.

I chose this image, because it is representative of the most important aspect of noodles for both Chinese, American and Italian cultures– to be shared with everyone. 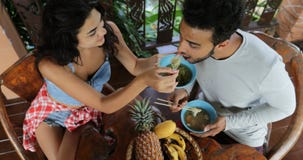