There’s no shame in a good deal. Check out these bargains in the area on your next trip to maximize the good time and minimize the expenses. 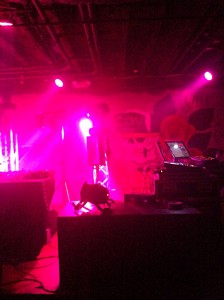 Click here to learn about some of exciting cultural activities to do and places to visit in Grant Park. 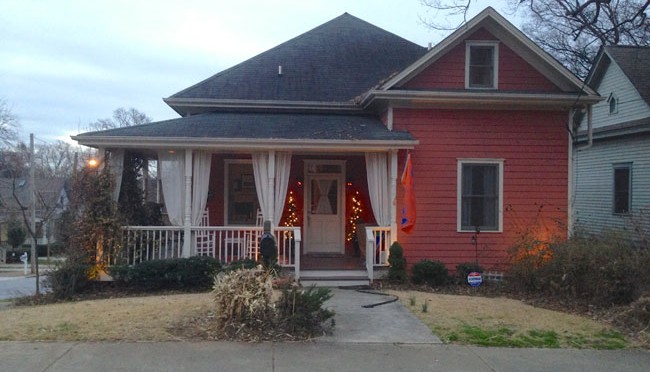 Cabbagetown was most likely not named to be a hometown for the Cabbage Patch Kids, but many of the houses in the Atlanta community look like they were designed for dolls of that stature and whimsy. With eccentric colors, lights and lawn decorations, the properties in Cabbagetown represent the anti-McMansion and give the neighborhood a distinctive artistic flair.

It’s a Saturday afternoon and you’re wracking your brain to come up with a cool, fun, and, let’s be honest, cheap date for your special someone. Then, suddenly, an epiphany: Oakland Cemetery! The most romantic spot in Atlanta, right?

Or, maybe you’re thinking, “Never would I ever bring a date to a place filled with creepy dead people and their creepy ghosts.”

But, Oakland Cemetery is a pretty awesome place. Founded in 1850, Oakland is the final resting place for a lot of famous, and not-so-famous, Atlantans, including Gone With the Wind author Margaret Mitchell, golfer Bobby Jones, and Atlanta’s first African American mayor, Maynard Jackson.

Oakland is a public cemetery, meaning that, for a while, every Atlanta citizen was buried there. Those who either did not or could not purchase a family plot were buried in a 7.5-acre area known as Potter’s Field. Admittedly creepy factor: A Georgia State geological study conducted in the 1970’s revealed 17,000 bodies buried in the field, laid next to and on top of one another. Although strange to think that if the dead did walk in Atlanta then 17,000 would rise from the same spot, Oakland Cemetery is impressive.

The cemetery is located on the southeast side of the city, just a few blocks from the King Memorial MARTA station. It’s situated between Grant Park and Cabbagetown.

Not only does Oakland Cemetery have a historical cool factor, it’s a beautiful park in its own right. The cemetery’s caretakers have gone to painstaking efforts to ensure that Oakland and its gardens age gracefully.

Back in the day, families tended to their own plots and planted their own flowers. Today, all of Oakland’s 38 acres of gardens are tended by three good-hearted ladies and a band of weekend volunteers with some serious green thumbs.Throughout the year, they plant and prune among the headstones and green spaces, resulting in a truly beautiful patchwork of gardens that just happen to grow near some dead people.

Huge, ornate mausoleums framed by rose bushes and perfectly pruned shrubs sit among small, humble (and sometimes hilariously inscribed) headstones and fragrant flowerbeds.  The gardens at Oakland make for a fascinating, pretty, and peaceful stroll through the cemetery on a sunny afternoon.

And totally not scary. Or morbid.

Seriously, consider Oakland as a fun, free date option. Just maybe stick to the rules and get out of there by dusk, or, you know, your date may surprise you with a zombie flash mob. But if you’re into that sort of thing, that’s cool, too.

For more information on Oakland Cemetery, including directions and park hours, click here.

The ideal college schedule doesn’t include Friday classes, and if you’re one of the lucky Atlanta college students who sleep in on Fridays, a worthy way to spend those free Friday afternoons is going to a Braves game. These guidelines will ensure that you’ll have the ultimate experience at Turner Field.

First, you should arrive about five hours prior to first pitch so that you’ll have time to savor your tailgate. Prime parking where grilling is allowed is near the YMCA on Pryor Street and it’s only an eight-minute walk from the ballpark. Grilling is also permitted in the grassy areas of the Braves Blue Lot—which have shady trees and tables as well.

Early arrival is important for tailgaters who double as avid baseball fans because batting practice begins nearly three hours before game time, according to the Braves’ website. If you’re hoping to catch a home run ball during batting practice, Kurt Smith, the author of Baseball Park E-Guides, believes the premier place to stand is left field because the majority of hitters are right-handed.

If you have minimal interest in snagging a souvenir, an alternate spot to watch from is the Chop House, a restaurant that offers a wide variety of menu items and overlooks centerfield. There, you can try some of The Ted’s ballpark food after warm-ups. Other the Chop House grub, Smith says his favorite dish is the Georgia Dog and it can be bought at any of the Top Dog Express stands.

Buying a Skyline ticket, which is for seating at the highest row, is just a dollar and can save cash. After the third inning, ushers allow fans to move seats without much trouble if there are available spots, according to Smith. The same practice can be used in the lower level to move very close to the field, but ushers operate more strictly closer to the field.

Turner Field will be demolished in 2017 and then Friday afternoon trips to a Bravos game from Emory will be an entirely different process. But for now, you can follow these words of advice and you are sure to maximize your spectator experience.

At the bottom you will find a map giving directions from Emory to the parking lot that Smith named as a great parking option near the YMCA.

Zoo Atlanta is certainly one of the biggest drawing points for the Grant Park neighborhood. Located right next to the Atlanta Cyclorama, the zoo houses over 1,500 animals and is one of four institutions in the country to have giant pandas! 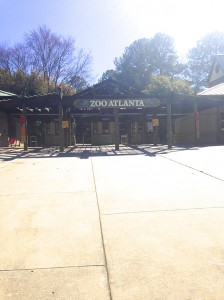 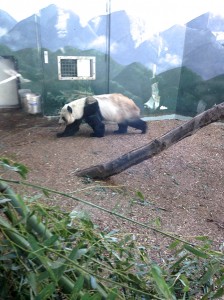 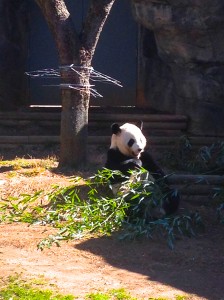 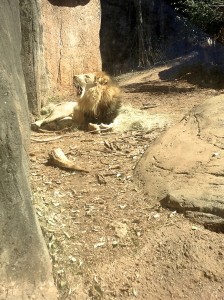 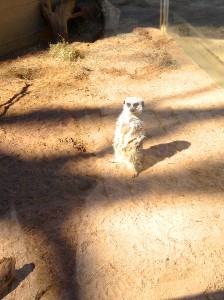 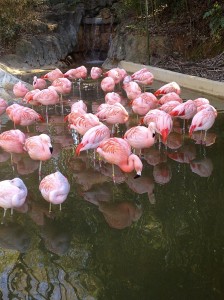 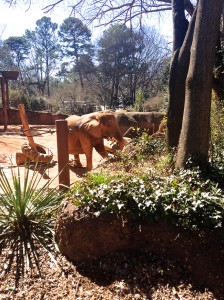 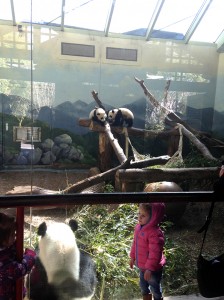 [View the story “Step away from the instant noodles” on Storify]