Food encourages communion. Communion is the basis of culture and society.

Therefore, food must be able to provide insight on various people and their stories.

Over the past few weeks, I have learned much about how food facilitates and affects our interactions with one another, as well as reflected upon my own culture and experiences. Within such a short time, I delved into literature, media, and projects that brought people and their narratives to life. Moving forward into this week, I am continuing to explore the Chinese and Italian cultures regarding their connections regarding the evolution of noodles.

The origin of noodles has been studied and contemplated for years. Some say that Marco Polo brought it to Italy from China, yet noodles were already present there since the early 12th century. Others state that the Arabs in Sicily truly changed the way pasta was even made and consumed. There seem to be so many little nuances and such rich history behind this one staple dish, but I believe that that is what makes it so unique, salient, and versatile.

Each type of noodle dish represents a certain moment or milestone in one person’s life in the Chinese culture. These noodles represent the celebration of life, including all the ups and downs one faces. Throughout all of the readings for this week, every time a new type of noodle was mentioned, it was soon followed by a story or a personal connection to it.

For example, the long-life noodles were one of the first things we discussed as a class. It is a dish prepared on milestone birthdays and in the video, “A Bite of China,” we are able to understand the meaning of these types of noodles during a special occasion. Madam Wei woke up early on her husband’s 70th birthday in order to prepare these longevity noodles. The shape of the food, “long and slim,” acts as a symbol for “longevity” as the Chinese pronunciation of all of those words are quite similar. During the birthday banquet, everyone’s participation is vital is providing the meal for the one celebrating their birthday. Each person picks out their longest noodle and puts it in a bowl. This bowl with all the longest noodles is then given to the one celebrating his birthday. 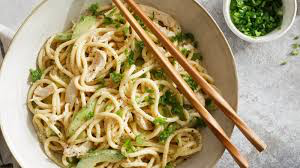 Another type of noodle filled with rich history and connection is the Dan Dan noodle. This name came from the fact that they would carry the pots (which carried all of the sauce and meat) on a bamboo pole and they were quick and easy to make at any time. In the memoir, Shark’s Fin and Sichuan Pepper, Fuchsia Dunlop beautifully strings together both her own relationship with these Sichuan noodles as a college student and the local street culture where it was initially sold. For her, these noodles were “a cure for hangover or heartache.” She went to savor Xie Laoban’s Dan Dan noodles almost everyday and talked about how this vendor evolved from the typical “Chengdu street snack.” She continued to write about how older generations would get emotional as they missed all of the street food Chengdu was filled with before these private vendors were banished due to the Cultural Revolution (Dunlop). These special Sichuan noodles flood people with memories and their own culture. 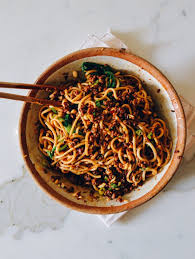 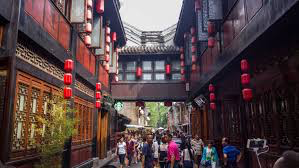 These are only two of the many, many types of noodles that the Chinese eat and celebrate everyday. Yi Yin’s story of helping his mother recover from illness using seafood noodles and the story of a Yunan boy eating his noodles after his chef crossed the obstacle filled bridge also represent the beautiful meaning behind noodles. All of these stories represent a milestone or a particular moment in one’s life. The role of the noodle is extremely important as facilitates the path of life and marks certain memories in a person’s life. Each noodle carries the anecdote of individuals in a society that all come together because of the universality of food. Together, they can trace back the history of something broad like the start of the noodles from the Han Dynasty or a small community like the Chengdu. 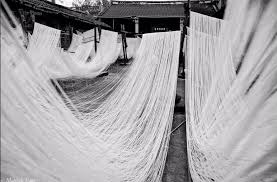 As we have continued to discuss, the Italians also have a very strong link to noodles and pasta that show us a lot about their culture. Similar, to the Chinese, the noodle plays a role in bringing people together and celebrating life with family and friends. The Mediterranean food pyramid is actually quite different than a typical American food pyramid you would see in any magazine or doctor’s office. The base or foundation of the food pyramid includes physical activity and enjoying meals with one another. This continues to show how food plays an important role in bringing people together.

The Italians also are known to take it a step further and incorporate family traditions into their cooking. In the “Two Greedy Italians” episode, we see how all the daughters are expected to learn how to make pasta from their mothers and grandmothers. It is time for them to learn about their own culture and lineage, while providing the rest of their family with a hearty meal. Additionally, in the basement of their mansion, they had stored years and years of balsamic vinaigrette which emphasized the importance of their family recipes, business, as well as their story. 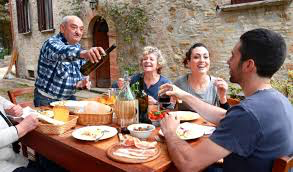 Due to Italy’s peninsular shape, the Mediterranean diet has also had influences from various places like Germany, France, Spain, the Middle East etc. Raisins, cinnamon, eggplant and artichoke are just a few things that the Arabs introduced to the Italians. The Porta Palazzo shows this microcosm of Italian culture and how it truly has characteristics from all around the world. In The Truth About Pasta, the role of pasta is perfectly described: “As they are like a canvas, they are versatile and easily adaptable to national/regional seasonal ingredients” (International Pasta Organization 2016). The different geographies of Italy push people to use unique ingredients to prepare their meals. By studying and understanding the different types of pasta and how they are prepared, one can really come to learn much about a particular regions history, culture, and environment.

The production of pasta has also constantly evolved over the years as well. The first Etrusco-Roman noodle was oven baked and made from the same durum wheat that is used now. The first pasta factory was reportedly located in the Arab part of Sicily, where this pasta was shipped off to many places. The Italians also realized that dried pasta was able to stay fresh even after long voyages over the seas. With technology rapidly easing up the process of making pasta efficiently and in varying shapes (lie fettuccine, farfalle, corzetti, etc) , pasta truly became an important dish in Italy. Massimo Montanari discusses how the pasta shapes reflect the Italian culture in his book Let the Meatballs Rest: “Pasta seems made to order as a metaphor for the unity and variety of Italian alimentary styles” (Montanari). He continues to discuss how pasta is all made of the same substance, but the form of the pasta makes a huge difference in how a pasta dish actually tastes. All these different shapes, flavors, and cooking styles all stem from unique traditions and identities that define the Italian culture. 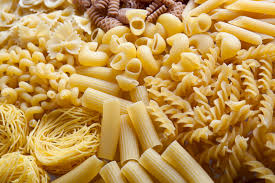 The Chinese and Italian cultures have many aspects of their culture rooted in the evolution of noodles and pasta. Now, traditional pasta can be found in boxes in grocery stores and instant ramen noodles are a common college student meal. Pasta can truly be found anywhere, and this is what makes it a staple dish not only in China and Italy, but across the world; it’s versatility is unmatched. Honestly, defining the noodle is quite a difficult task. I don’t think any definition could truly encompass all of the nuances and history behind it. But if I were to define it, I would say that the noodle is a multifaceted dish typically made of dough that can be served with various shapes, ingredients, and flavors depending on an individual’s culture, experience, and culture. As we see, the noodle can be seen through various lenses and it is important to take a step back and truly appreciate the infusion of all the stories, cultures, and emotions associated with this staple dish. 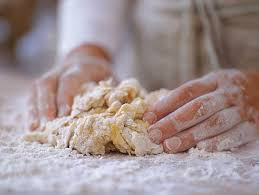