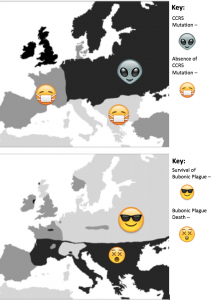 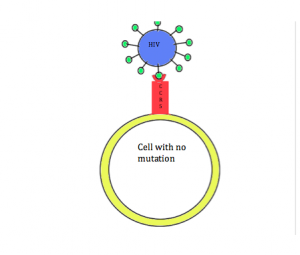 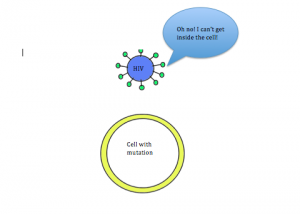 “Currently, the CDC estimates that more than 1.1 million people in the United States are living with HIV infection and around 180,900 people are unaware that they are infected. It has been observed that people diagnosed with HIV are increasing annually, around 50,000 new incidences per year.”  – aids.gov

What is HIV? What is AIDS?

HIV (Human Immunodeficiency Virus) is a retrovirus that attacks the human immune system, more specifically, CD4+ T cells. These cells are essential components of the body’s defense system against infections and diseases. HIV invades T cells, uses them for replication and destroys them. The terms HIV and AIDS are often used interchangeably, however there is an important distinction. HIV is the name of the retrovirus that invades cells, while AIDS (Acquired Immunodeficiency Syndrome) is the most advanced stage of the HIV infection. People with healthy immune systems are able to fight off infections, however, people with HIV have compromised immune systems and are highly susceptible to opportunistic infections. Opportunistic infections refer to infections that do not cause serious health threats in healthy individuals, but cause life threatening illnesses in HIV positive individuals.

How does HIV replicate?

There is high genetic diversity in HIV because of its rapid replication and high mutation rate. Currently, doctors are using a combination of different antiretroviral drugs to inhibit various steps in the HIV life cycle, leading to a synergistic effect. One major drawback to this approach, however, is drug resistance.  Scientists have found that using antiretroviral therapy (ART) increases the rate of drug resistance. According to a case study from China, prevalence of drug-resistant variants in therapy patients increased significantly to 45.4% in three months and 62.7% in six months. Alarmingly, drug resistant variants can replace the wild type variants completely within 14-28 days of treatment. Similar results were found in a case study in South Africa in which a large percentage of patients who did not respond to treatment harbor viruses with drug-resistance mutations. The effectiveness of therapeutic regimens to control the HIV pandemic are compromised due to drug resistance.

A common misconception is that evolution is a chance event. Evolution of HIV is not a chance event; it is driven by drug selective pressures. Also, organisms are commonly perceived as  getting “better” through evolution. The HIV virus isn’t getting better. It’s becoming more adapted to it’s environment. Resistant HIV is not “better” than the non-resistant strains. They have just evolved to be better suited for their environment.

Hegreness, M. et al. 2008. Accelerated evolution of resistance in multidrug environments. Proceedings of the National Academy of Sciences of the United States of America 105 (37): 13977-13981.

Mammano, F., et al. 2000. Retracing the Evolutionary Pathways of Human Immunodeficiency Virus Type 1 Resistance to Protease Inhibitors: Virus Fitness in the Absence and in the Presence of Drug. Journal of Virology 74 (18): 8524-8531.