Evolution is not only limited to the organisms we are able to see with the naked eye. Viruses like influenza are able to evolve, and this can be very dangerous to human populations. Though it is true that influenza is not the danger that it once was, it still can not be ignored. Viral resistance to treatment can lead to many deaths globally, especially during flu seasons. During these times, doctors usually see a rise in cases of viruses resistant to the treatments available at the time. One type of resistance that influenza can develop is Oseltamivir resistance. Oseltamivir is an important antiviral defense against the flu. It is found in drugs like Tamiflu, and can be rendered ineffective if resistance is developed. 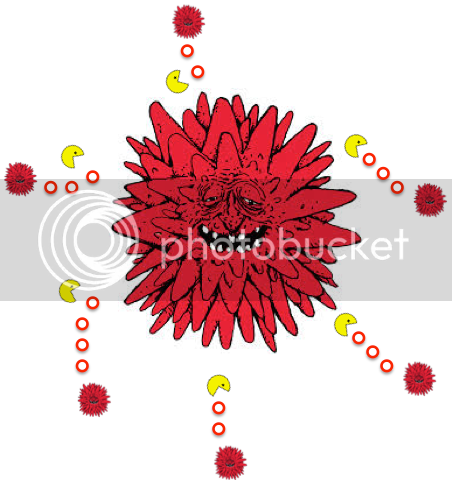 Influenza and its neuraminidase

The DNA change that in the virus that occurs is related to the neuraminidase enzyme activity. The enzyme cleaves salicylic acid moieties that can be bound by the viral hemagglutinin. In essence the enzyme’s job is to help release newly formed viral particles. Imagine the enzyme as little Pac-Men just going about and eating the connections of new virus particles to let them spread. Oseltamivir works by inhibiting the activity of the neuraminidase enzyme. This limits the infectiousness of the virus.

The H274Y mutation that gives influenza resistance usually does not spread through the population.  In early clinical tests, the mutation meant the virus was unaffected by oseltamivir, but had associated decreased viral fitness. So even though viruses with resistance would be selected for, their lower chance of survivability because of the mutation meant it did not matter. The influenza virus is able to evolve with Oseltamivir only when an associated mutation occurs. These associated mutations that allow oseltamivir resistance to keep going are permissive mutations. More recently, permissive mutations have arisen that allow influenza to be resistant to Oseltamivir without losing any fitness. Imagine a population of influenza like a game of “Where is Waldo?”: